Cannalysis, a testing company for cannabis, has raised $22.6 million in a new round of financing as it prepares to bring a new test for vaping additives to the market.

The test, which the company is preparing to unveil later this week, will test for the presence and amount of Vitamin E acetate, a chemical compound that may be linked to the vaping related illness that has swept through the U.S. in the past month.

Cannalysis chief executive Brian Lannon said the new product was developed in response to the current crisis in the cannabis industry over illnesses related to vaping cannabis products.

“The big story that’s been going out over the last week isn’t the product that’s going out in cannabis, but an additive called Vitamin E acetate. We have  developed a test for that,” Lannon says. “As part of the different compliance testing that’s required, it’s not mandated to test for any of these additives… What I’m anticipating based on the phone calls we’ve been getting is that a lot of our customers want to get the test to show that they’re not using the stuff.”

The Santa Ana, Calif.-based company tracks cannabis products across its companies supply chain and provides data management and integration services for its customers so they can immediately update their own tracking systems with the results of Cannalysis’ tests. It also integrates directly with consumer services like Weedmaps, so consumers can get third party verification of the strength of the dosage.

Quality assurance for cannabis products isn’t just a matter of legal compliance. The percentage of THC that’s available in different strains can impact the price producers can charge for their product, Lannon says.

“The price of a cannabis product can vary greatly based on its potency,” he says. “Right now the number in the market is 20 percent. If your product tests at 18 percent instead of twenty percent, that can mean a huge difference in cost.”

While testing variance is a problem for the industry, Cannalysis says its highly automated lab, which relies on robotics and machine learning to increase the speed and accuracy of its testing, along with the integrated software services it offers to customers, exceeds the standards for ISO accreditation.

Certainly that’s what attracted CanLab, the nation’s largest testing service to commit $22 million to the company as a strategic investor.

Lannon says the new cash will be used to expand into new markets including Oregon, where the company has already made an initial hiring push, and other highly regulated cannabis markets.

A serial entrepreneur who previously founded an action sports apparel company called HK Army and MetaThreads, an esports clothing company, Lannon came to the cannabis industry initially as a user of the substance. As the market matured his interest was piqued in developing technologies that could ascertain the quality of various cannabis products.

His timing was exceptional. Investors have spent nearly $16 billion on North American cannabis companies in 2018, double the amount invested just three years ago,  according to data from the analytics company New Frontier Data cited by the Associated Press. And the Marijuana Business Factbook projects that the economic impact of the legal industry was somewhere between $20 billion and $23 billion in 2017. Its a number that could grow to $77 billion by 2022. 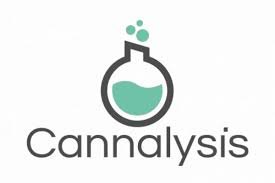