The Aspen City Council briefly discussed the “therapeutic use of psychedelics” at a work session Monday but decided the conversation involving psilocybin mushrooms was better suited for state government — not the municipal level.

Councilor Rachel Richards did not believe advocating for the therapeutic use of psychedelics was even within the city of Aspen’s purview and preferred such lobbying efforts to be done at the state capitol as opposed to city hall.

“I didn’t see a single candidate for the last election, and there were plenty of them, talking about how that was what their goal was going to be on city council,” Richards said during Monday’s work session. “I just don’t want to take on the whole world and end up disappointing everyone, because I think we already have very, very full plates of issues to manage.”

In a letter addressed to city council and attached in Monday’s work session packet, local psychologist and psychoanalyst Perrin Elisha advocated for the development of psychedelic-assisted therapies in Aspen.

“After speaking with Councilmember Skippy Mesirow, I am writing to express my support for the development of psychedelic-assisted therapies in our community. … My personal experience matches that of the ongoing research: that psychedelics, when treated as a medicine and utilized in a professional setting, can be personally transformative and ease enormous amounts of pain and suffering,” Elisha stated in her May 6 letter. “These treatments appear to be greatly effective in the treatment of chronic depression, addictions, eating disorders, PTSD, and more general childhood trauma. The professional community has come to understand how these medicines work by allowing the brain to perceive new patterns, new belief systems and new responses to the environment.”

Council was not entirely sold and instead opted to support continued research of psychedelic-assisted therapies — without taking any formal position on the matter.

According to dea.gov, schedule I substances “are defined as drugs with no currently accepted medical use and a high potential for abuse.” 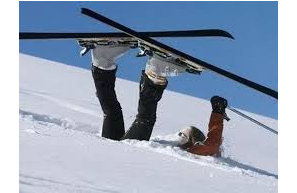