Australia – Article: Cannabis is the wild card at the Queensland Election

It’s the Queensland state election the Legalise Cannabis Queensland Party has been gaining public support.. will it make people sit up in the legislature ?

Until now, politicians here have successfully resisted this because the major parties have maintained a united front to keep cannabis criminalised. Although many surveys show that a majority of people support legalisation, voters have had nowhere to vent their frustrations.

This all changed on 11 September when the Legalise Cannabis Queensland (LCQ) Party was officially registered. When nominations closed, they had 23 candidates up and ready to go. They range from Townsville through Rockhampton down to Brisbane and the Gold Coast and out to Nanango. The leaders of the LNP and Labor will both be facing LCQ candidates. 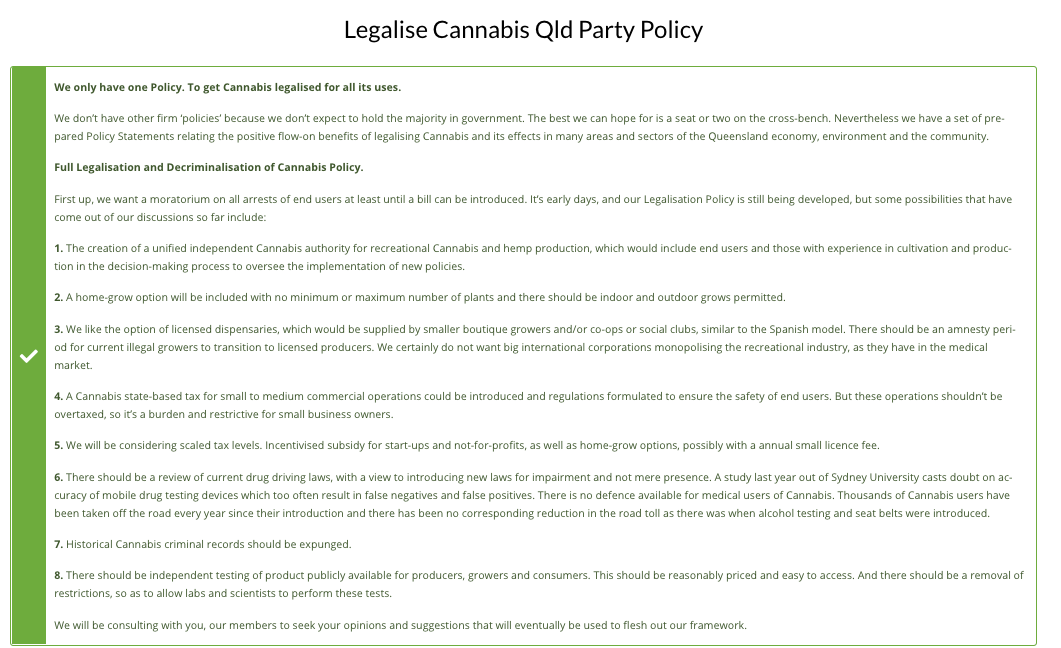 And to add extra spice to the mix, there are several high-profile independent pro-cannabis candidates. They are Lanai Carter in Waterford, Dr John Jiggens in South Brisbane and Finn Armstrong-Schmakeit in Bulimba.

The party with the most to fear is Pauline Hanson’s One Nation (PHON). Pauline Hanson famously claims that she says what we are thinking. Well, most of us are thinking that cannabis should be legalised. The party with the least to fear is the Greens. They already support legalising and this includes the crucial ability for people to grow their own plants.

How will this new party affect the Election? It’s anyone’s guess what will happen in Townsville. However, the LCQ candidate in Mundingburra is number one on the ballot and carries the aura of the rebel that seems to be compulsory for candidates in the north. Most LCQ candidates are not allocating preferences but these are likely to flow on to the next most cannabis-friendly candidates.

The two seats that the Greens have a chance of winning have pro-cannabis candidates. Independent Dr John Jiggens in South Brisbane and LCQ’s Paul Swan in McConnel. However, given the intense rivalry between the Greens and Labor, they will struggle to make an impact. This is particularly so because the Greens policy is already cannabis-friendly.

Seats like Everton may also be ones to watch even though it is held by Tim Mander with a comfortable margin. His opposition to voluntary assisted dying will cost him votes now that Labor has committed to legalising it. His law and order commitment to keep on gaoling cannabis users and waste $3.5 billion to build new gaols to house them will also cost him votes. 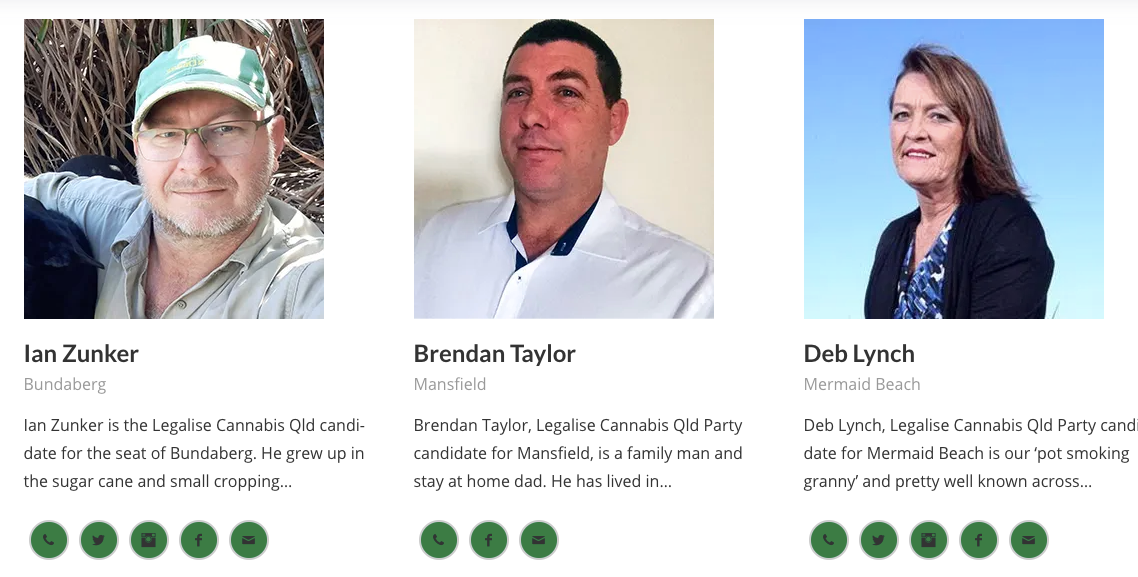 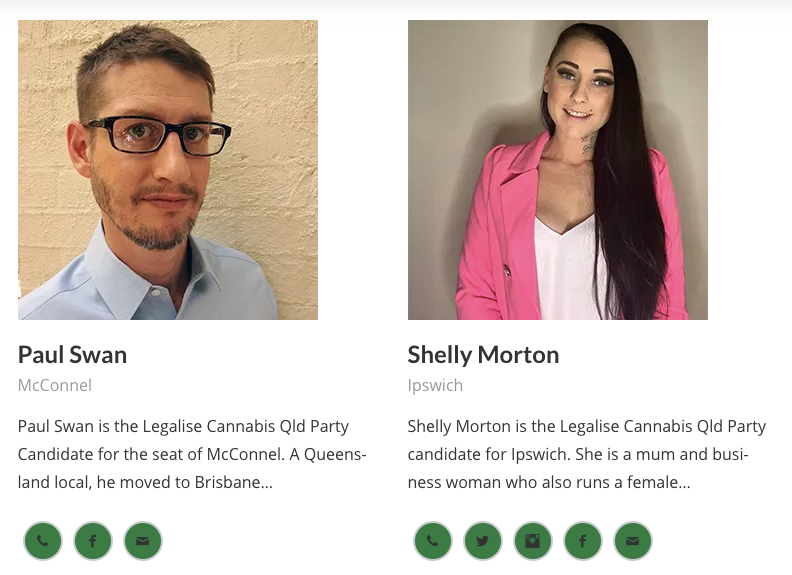 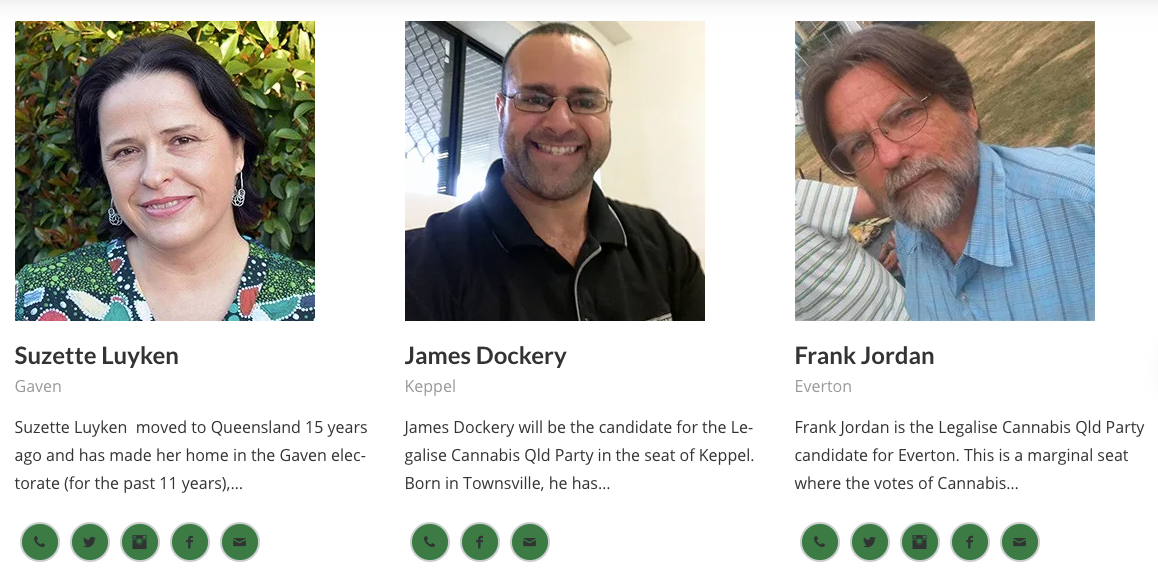 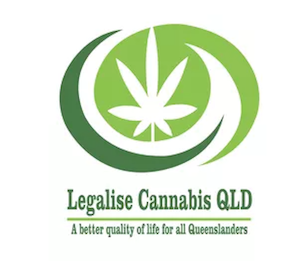