Australia: As They Say In That Part Of The World, “Somebody’s Made A Pig’s Ear” Of It All This week a few stories have come over the wires illustrating how pointless the piecemeal approach to regulation in Australia has been.

An regulated market where monopolies supply medical cannabis, either synthetic products or the real deal, appears at a distance to have completely unravelled.

Never mind the 1950’s crime and punishment approach to recreational use. It all suggests to us that Australian investors should take their money out of the country ( we know of many who are doing this already) and place it into US markets like Colorado or California, or, head north to Canada.

Well, firstly. Let’s head to Nimbin. It’s a bit of a hippy haven in northern NSW and has for nigh on 60 years quietly supplied cannabis to the state in a fairly benign black market approach. Yet only last week the Sydney Morning Herald reports

But Nimbin stopped laughing last month when seven young men who grew up in the town were sentenced to jail for selling pot by a magistrate sent up from Sydney. They had records. They have been bailed and will appeal. They were among 29 locals charged on various offences relating to the supply of drugs under the Drug Misuse and Trafficking Act (1985).

It’s not difficult to read between the lines when reading reports like the one above.Create Federal & State legislation to enable corporations to start controlling the supply chain and ensure the forces of law & order start to dismantle the recreational black market.

Meanwhile Australia’s TGA (Theraputic Goods Administration) is worried about the developing black market in medicinal cannabis. How they thought this issue wouldn’t occur is  beyond this publication,as many news reports are revealing that Australian doctors won’t prescribe medicinal cannabis, if it is available the pricing is beyond many.

The Australian Broadcasting Corporation has published the following story in the last 12 hours detailing accusations that the executive arm of the government is doing their utmost to stymie supply and in the same breath accuse the other side of the bench, Labor & the Greens, that it is all their fault for getting people’s hopes up on medicinal cannabis

Medicinal cannabis: Government accused of defying will of Senate over importation

An attempt to open up access to imported medicinal cannabis for dying patients has failed, prompting accusations the executive arm of the Government is defying the will of the Parliament.

In June a rainbow coalition of senators came together to defeat the Government and overturn restrictions on the importation of cannabis-based medicines for terminally ill patients.

But in an email obtained by Lateline, the Government subsequently warned importers they would be in breach of their permit and licence conditions if they followed the will of the Senate.

The email, sent by the Office of Drug Control in the Department of Health, notes the Senate vote “allows access to medicinal cannabis products under the Special Access Scheme Category A”.

But the email goes on to warn importers “it is a breach of your permit and licence conditions if you supply any imported medicinal cannabis product to a patient under SAS-A”.

Special Access Scheme for Category A enables medicines that are not on the register to be supplied to patients who are seriously ill and likely to die within months.

Greens Leader Richard Di Natale said it was reprehensive behaviour by the Government.

“They’ve threatened importers that they will have their licence removed if they follow the law and make this drug available to people with a terminal illness,” he told Lateline.

Senator David Leyonhjelm said the Government was being “cruel”.

“Effectively, what that letter is saying is ‘We don’t care what the Senate decided. We’re telling you, you will not sell your cannabis products to Category A patients or make those products available to them’.”

We could detail a never ending list of articles about the lack of enthusiasm for a medical cannabis culture in Australia with those in government or at the AMA ( Australian Medical Association)  but let’s instead refer to a recent study undertaken on Australians and drug (mis)use as reported by the Australian Broadcasting Corporation again.

Our favourite takeaway from the report is the following.Then again if you’d been listening to Australian politicians for 40 + years of your life your  drug and alcohol intake would probably shoot through the roof too.

“In Australia, the largest percentage increase in drug misuse between 2013 and 2016 was among people aged 60 and over, with this age group mainly misusing prescription drugs,” they said.

Cannabis use among older people is also startlingly high. 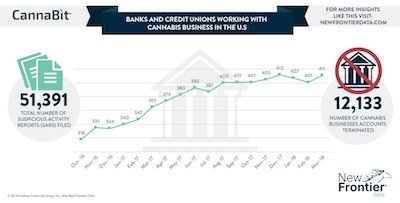