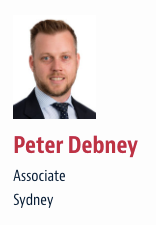 Cannabis was high on the regulatory agenda in September, with two significant developments:

1. Professor John McMillan AO’s Final Report of the review of Australia’s medicinal cannabis framework under the Narcotic Drugs Act 1967 (Cth) (ND Act) was tabled in Parliament on 5 September 2019, ahead of the 29 October 2019 target date recommending extensive amendments to the regime for cultivation, production and manufacture of medicinal cannabis in Australia; and

2. The Australian Capital Territory (ACT) voted to legalise the personal possession and cultivation of cannabis.

The ACT Legislative Assembly voted to legalise the personal possession and cultivation of cannabis on 25 September 2019. The changes will allow adults to possess up to 50 grams per person and to grow up to four plants at a premises. The amendments have been approved in principle and will come into effect on 31 January 2020. ACT is the first Australian state/territory to legalise the recreational use of cannabis.

Professor John McMillan AO’s review was conducted on the extensive amendments made to the ND Act in 2016, which established a regime for the cultivation, production and manufacture of medicinal cannabis in Australia. A link to the Final Report is here.

The 2016 amendments required a review of the operation of the regime as soon as possible following the second anniversary of the commencement of the amendments. The Terms of Reference of the review required Professor McMillan AO to make recommendations on the efficiency and effectiveness of the regime with consideration of the regulatory burden on stakeholders.

The Final Report contains 26 recommendations to improve the regulatory regime including:

All 26 recommendations have been accepted by the Minister for Health. The ODC has indicated that it seeks to implement a two-stage reform process with some recommendations to be implemented later this year. Further details on the implementation of these reforms will be published in due course. These recommendations will create a more commercially efficient environment for the set up and operation of medicinal cannabis businesses in Australia, with less rigidity in business models at the licensing stage, greater flexibility in supply channels, and a simpler administrative process which should result in decreased regulatory burdens and costs for industry. It is hoped that, as a result of these changes, medicinal cannabis products will be more readily and easily accessible to patients through legal channels.

We provide an overview of the key findings and recommendations of the Final Report below.

The Final Report found that:

2. There is unnecessary complexity and uncertainty surrounding the current three licence system (for the cultivation/production of, manufacture of, and research into, medical cannabis products):

a. Applicants looking to engage in activities covered by different licences need to apply for multiple licences. When applying for multiple licences, applicants need to duplicate information and documents for each licence and are also required to deal with separate ODC case officers, often having to explain the same or similar issues separately with each officer.

b. The separate licence categories have caused confusion as to what activities each licence encompasses, in particular:

3. The information and documents required to be submitted for the respective licences go beyond what is required to avert risk. Submissions from industry noted that these requirements:

a. place a significant burden on applicants and the ODC which have contributed to the delays in processing applications; and

b. often result in the need to apply for licence variations after grant, as the level of detail required in relation to the applicant’s proposed operations is difficult to know at the outset, and the specific commercial plans will often change by the time the applications are granted.

4. Excessive risk aversion in administration of the regime is holding the industry back. An emphasis on minimising risk of criminal infiltration and diversion was initially regarded as necessary to address the risks involved in regulating a new industry handling narcotic drugs susceptible to abuse, however after two years of operation, it is generally accepted that the same level of risk aversion in administering the current regulatory scheme is not required.

We look at some of the key recommendations to address the above key findings in the Final Report below.

1. Establishment of a single licence regime, where cultivation, production, manufacture and research can be all or partially authorised under the one licence. This will among other things, resolve the regulatory burden of duplications in licence applications, the uncertain scope of each licence and provide greater flexibility for licence applicants and holders to tailor licences to their business plan.

2. Removal of ‘permitted use’ restrictions on manufacturing licence holders which unnecessarily restrict the avenues through which medicinal cannabis products or drugs can be used or supplied.

3. Shifting away from the ODC’s conservative regulatory focus on risk minimisation to a more risk-based and commercial focus on regulation, through:

a. simplification and reduction of the number of requirements on applicants to that which is necessary to make the licensing or permit decision;

b. amending the objects of the ND Act to incorporate the objective of ensuring medicinal cannabis products are available to Australian patients for therapeutic purposes; and

c. the ODC’s development and publication of a risk management framework, taking into account the need to have a commercially viable regime to promote the objects of the ND Act as amended.

4. Publication by the ODC of detailed guidelines to clarify uncertainties in the legislation and the licensing process, including to clarify the meaning of terms such as:

a. ‘manufacture’ and how it relates to cultivation, production and research; and

b. ‘research’ as used in a research licence and permit, and what research activities may be covered by a cultivation/production licence and manufacturing licence (in the nature of product development).

These reforms are expected to create a scheme for the medicinal cannabis industry in Australia which is more flexible for licence holders, is clearer and more certain for industry stakeholders and reduces the regulatory obstacles and burden on businesses; better accounting for the commercial realities of establishing a new business in the industry.