Here is the announcement (see at bottom of story) , we presume, designed to attract investors to flood to Cann Group this morning to help further fund their planned facility build in Mildura (Victoria).

There are a number of things that interest us about the release because of the scale of the plant facility build.

We’ll note first and it is something we have mentioned a few times on CLR in 2020  that there does seem to be a correlation between build plans like these and increased police enforcement on illegal grows in NSW, Victoria and Queensland. But, that, as they say ,is by the by . The pandemic has also permitted police forces throughout Australia  the time to crack down on illegal cannabis grows and disrupt supply chains as well as get new legislation introduced that further attempts to control illegal cannabis grows.

Far more interesting is this little snippet from the release.

Link For Cann Group Board

We find this particularly interesting and indicative of  managed relationships between the well connected aspects of the cannabis private sector and both state and federal government in Australia at the moment.

In a time of increased enforcement of the cannabis black market and the COVID pandemic where one has to have a pretty good reason to get in or out of the country Cann group have still managed to persuade those in power that they need to get a “specialist” overseas company to build a grow facility.

Our regular North American source informs us that this company is most likely to be Canadians….

In usual times this would not be much of an issue but it is a little odd such permissions have been gained when for most Australians it is impossible to get in and out of our home states never mind the country.

Canada: Huge Fire At Empty Canopy Greenhouse Over The Weekend

We also note that in Australia all the chips have been placed on the table for the future of medical cannabis but already in the US the concept of mass produced medical cannabis is on the wane.

We could also talk about environmental issues, the reality of how many jobs are actually created and the fact that the cannabis giants working on similar models in both Canada and the US are struggling to make revenues keep pace with investment.

Also let’s remind you of this from late 2019

Also, from August this year

One of Australia’s leading cannabis companies is issuing new shares at a 51.2 per cent discount to raise $24.3 million for working capital.Cann Group, which was the nation’s first to receive medicinal cannabis production and research licenses, will raise capital at 40 cents per share including a $14.3 million placement that has already been oversubscribed. That placement will be followed by a share purchase plan (SPP) opening on 22 July to raise $10 million. Cann highlights the extra funding will support near-term plans, which include delivering on commercial supply agreements, medicinal cannabis products, and dried flower material for sale in Australia and export markets such as the UK and Europe. 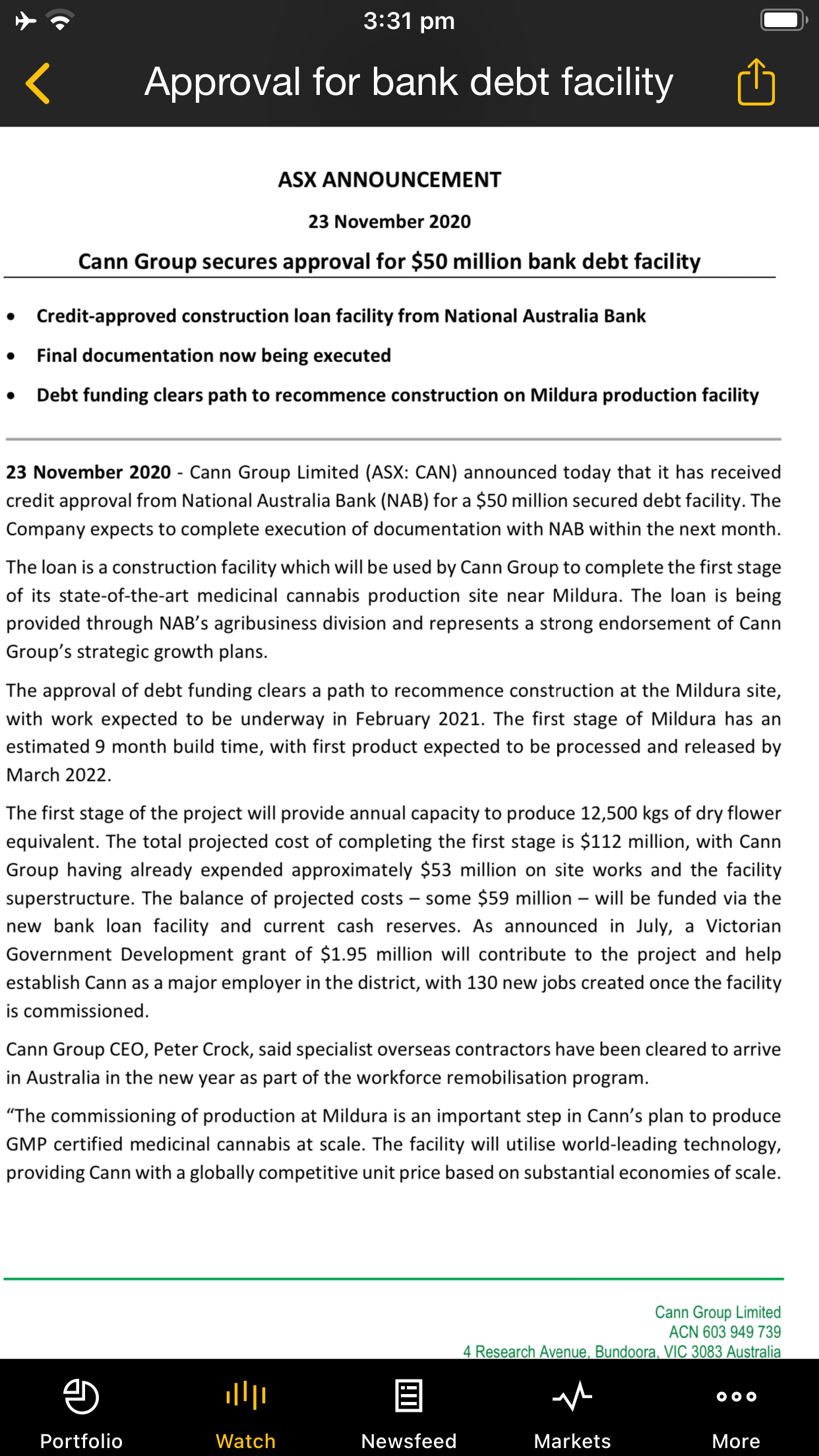