This about says it all about the state of regulated cannabis in Australia. There’d be about a dozen vehicles on the road ,as we write, in Australia ferrying a minimum of 100 times this amout of product around the country.

You can get investors and govt to hand over millions of  freebie dollars but actually doing a proper deal seems out of their reach….

Australian medical cannabis companies Cannatrek and THC Global (ASX:THC) have signed a supply and manufacturing agreement that appears to involve a bit of barter.

Cannatrek has a 16,000 square metre greenhouse facility near Brisbane, Queensland and is building a huge project in Victoria; a venture that was awarded Major Project status by the Australian Federal Government early this year. The Victorian project, to be located in the Shepparton region, will be 10 times larger than Southport in terms of greenhouse area. The company has previously stated it could potentially grow 160 tonnes of medical cannabis annually at the facility, which will also provide hundreds of jobs for local workers.

Under the new arrangement between the two companies, THC Global will produced oil-based cannabis medicines from flowers supplied by Cannatrek from at its Southport facility. The minimum annual supply will be 480kg – 240kg for production of Cannatrek medicines and 240kg for THC Global’s Canndeo medicines.

“By utilising our Southport Facility to produce high quality medicinal cannabis medicines for Cannatrek’s brand as well as our Canndeo brand, we’re increasing the number of Australian produced medicines available to patients, and supporting the development of the industry as a whole,” said THC Global CEO, Ken Charteris.

In a separate agreement with Tetra Health, which was acquired by THC Global last month, Cannatrek medicines are to be made available for prescription and supply through Tetra’s network of more than 600 prescribing physicians.

Cannatrek says it expects to supply the first shipment of dried cannabis flowers under the agreement in the third quarter of this year, with the first Cannatrek-branded medicines to be released by THC Global in the final quarter of 2020. 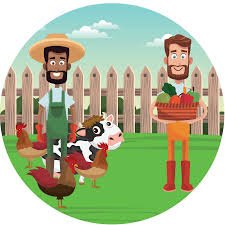