Just in from Australia’s ABC news

Michael Jakobi said he planned to trial hemp across five hectares in the Douglas Daly region, around 200 kilometres south of Darwin.

He said he wanted to have seeds in the ground before the end of the year in order to be harvesting by April.

“We’ll attack it with a few hectares to start with, just to get to know the crop, see how it reacts [to the local conditions],” he said.

“No doubt there’ll be some challenges that we’ll have to overcome … and that’ll be part of working out the formula to make it a future success.”

Mr Jakobi has teamed up with hemp producers from Queensland who have helped him choose two tropical hemp varieties that should suit the region.

“It’s a crop that’s been tried in different regions throughout Australia with varying levels of success,” he said.

“We know what the agricultural history is like in the NT, so to find a good fit for us is important.”

Mr Jakobi said hemp should also be a good rotational fit with his existing hay and seed crops. 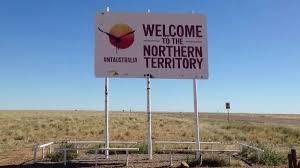