Three men charged with cultivating over $17 million in cannabis are disputing the facts against them in court.

The three men, Khac Ngoc Mai, Giang Hoang and Kien Sy Ngo, were arrested in June 2020 after New South Wales police executed a search warrant at a rural property in Gibberage. Police located 7,200 cannabis plants at the property, alongside 50 kilograms of dried cannabis.

The value of the seizure was originally estimated at $21.6 million but has since been reduced to $17.79 million.

Mai, Hoang and Ngo faced Lismore Local Court last month, after remaining in custody. The three men are disputing the facts of the case against them. While it is unclear what they are disputing, the men are still in discussions with NSW’s Director of Public Prosecutions.

The men each face charges of participating in a criminal group and cultivating a prohibited plant in a large commercial quantity – which carries a long prison sentence.

The three men will appear in court again on March 10th, where they are expected to enter pleas.

A fourth man, Trong Tung Tran, was arrested alongside the men last June. He is being represented separately and faced court on February 10th. 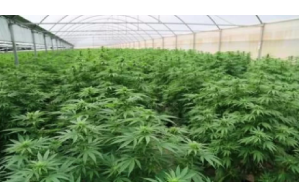