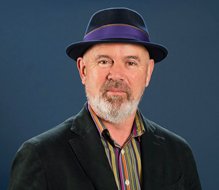 NDRI (The National Drug Research Institute at Curtin University) professor Steve Allsop has published a report detailing the “economic” cost of recreational cannabis use in Australia.

His takeaway appears to be that cannabis should be treated as a health rather than a criminal issue. Here at CLR we’re not really sure that we need yet another report funded by the taxpayer that points out the blindingly obvious.

These reports always contain some form of unconcious bias in terms of where the funding is coming from and in this case the National Drug Research Institute at Curtin University is supported by funding from the Australian Government under the Drug and Alcohol Program which suggests an erring on the side of current Australian Federal government policy of enforcement for cannabis.

Although  Allsop says  the greatest costs by far were related to crime including policing, prosecution and an estimated $1.1 billion spend on imprisonment we note that most commentary in the press release points toward the negative when discussing the recreational use of cannabis, providing some great press bites for those with a certain political message to push

The following commentary is not useful without points of comparison and where there is comparison within the report the talk is of opioids and methamphetamines and not the obvious comparison point, alcohol. 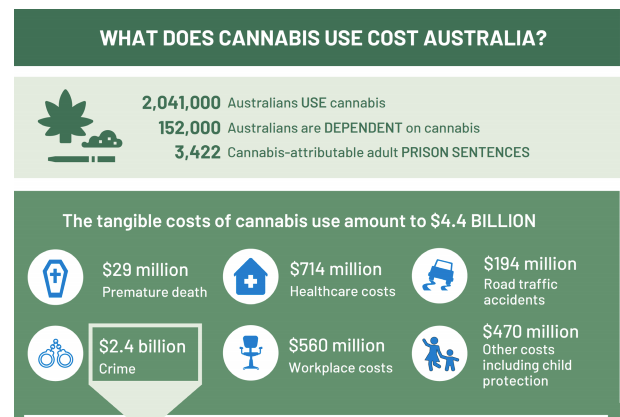 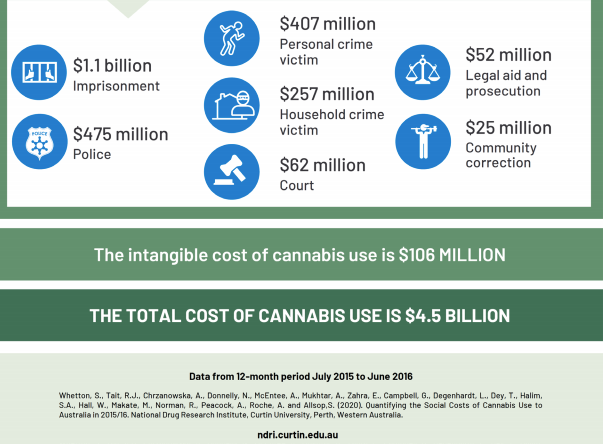 The report at 157 pages is an interesting read but the final conclusions we’d suggest contains a heavy bias towards maintaining the status quo and will make perfect fodder for a certain stripe of Australia’s politicians to leave cannabis production and distribution in the hands of the black market, which in itself will cost the country and specifically the taxpayer with an ever increasing burden through both enforcement and health outcomes.

FINAL CONCLUSION OF THE REPORT IN FULL

Despite the greater prevalence of cannabis use, compared to other illicit drugs, the identified social and economic impacts of cannabis consumption, at $4.5 billion, are far lower than those of extra-medical opioids ($15.8 billion) and lower than for methamphetamine ($5.0 billion).

Currently there is flux in cannabis policy and regulation in Australia and elsewhere. As such, this report provides an indication of current costs, in the context of some limited data and our discussion of limitations. It also provides baseline comparison findings. Increased access to medicinal cannabis may have relevance to trends in (non-medicinal) cannabis use across the community.

Other policy changes, and any changes in the mode of use, intensity of use/dependence and potency will also have relevance. We have identified gaps in evidence and it is important that these are addressed to enable more accurate costs estimates but also to provide more accurate evidence to inform policy, prevention and treatment.

Early onset of cannabis use can have an impact on educational attainment: the subsequent downstream economic impacts for individuals and the community need to be identified. Changes to legislative controls may have a direct impact on costs to the criminal justice system. However, as we have noted, changes in the patterns, modes and prevalence of use, especially of more potent forms of cannabis, could also have impact on adverse outcomes of cannabis use, especially in relation to the workplace, road safety and mental health.

The use of cannabis is costing Australia $4.5 billion a year, according to a new report released today.

Involving expertise from around Australia and published by the National Drug Research Institute (NDRI) at Curtin University in Perth, the first national estimate of the social and economic costs of cannabis use in 13 years shows that, in the 2015-2016 financial year, cannabis use was responsible for:

Crime, health care, and workplace costs accounted for more than three quarters of the estimate.

NDRI’s Professor Steve Allsop said more than 2 million Australians had used cannabis in the 12 month period investigated, with about 150,000 people meeting the criteria for dependence on the drug.

“When there are adverse outcomes of cannabis use this can require the use of health services or result in contact with the criminal justice system,” he said.

“The estimated cost of crime resulting from cannabis use amounts to $2.4 billion, accounting for more than half the total, with the majority due to imprisonment and policing costs.”

NCETA’s Professor Ann Roche said that the cost of worker absence and reduced productivity due to cannabis use was estimated at $560 million.

“There are likely to be further costs in reduced productivity, when people go to work affected by cannabis, but quantifying this reduced performance needs further research.”

NDARC’s Professor Louisa Degenhardt added: “The link between cannabis use and schizophrenia remains controversial and subject to debate; nonetheless, those who are admitted with psychosis where cannabis is mentioned comprise the most costly cannabis-related hospital admissions.”

The research report, Quantifying the Social Costs of Cannabis Use to Australia in 2015/16, and an infographic snapshot of key findings, are available at ndri.curtin.edu.au. This is the fourth report on the social and economic costs of substance use in Australia: the first report focussed on methamphetamine, the second on tobacco, and the third on opioids.

An infographic summary What does cannabis use cost Australia? is available below and in the following formats: PDF, JPG and PNG.

The research report Quantifying the Social Costs of Cannabis Use to Australia in 2015/16 is available here. 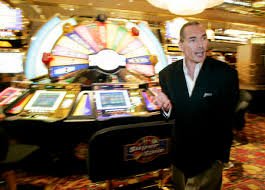 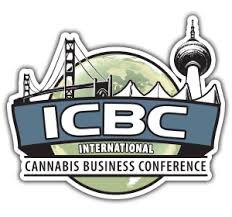 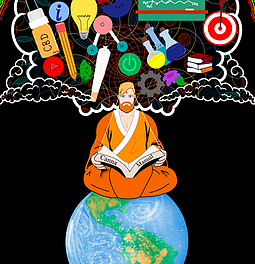