Australian Cannabis Companies. Revenues Up But They Are Still Losing Money

AusCann Group (ASX: AC8) supposedly the golden child of the Australian cannabis sector saw its revenues rise by 267 % to $1.5 million, but still reported a net loss of $7.65 million.

We have no problem with them playing the long game but what does irk is the big buy in price to access the Australian market.

We are sure there are plenty of possible profitable SME outfits that could come into play but govt obsession with high licensing fees, only medical cannabis and legislation that only a few really understand means that a small amount of highly capitalized companies will carry on losing money for a while yet until they operate a virtual cartel and rake the money in down the line.

Business News Australia reports…..Three of Australia’s top cannabis companies have released their FY19 results today, and the story is similar across the board.

Revenue and income are being generated at a stronger level than in the previous financial year, but all three remain unprofitable.

During the year, the company continued to develop and commercialise its cannabinoid-based medicines and made a significant breakthrough with the completion of the product development of its final dose cannabinoid capsules.

The company has developed a hard-shell capsule which provides stable doses of active cannabinoid ingredients.

The company says its loss for the period increased because of the costs incurred in accelerating the company’s research projects and the progression of its commercial operations.

However, the company recorded a comprehensive loss for the year of $2 million, compared to a loss of $1.7 million in FY18.

CannPal’s chairman Geoff Starr and CEO Layton Mills say that the company will continue on its path to researching for the eventual goal of making a product available.

“The company will continue with the same intense focus that will ensure diligent budget management and sustained progress across the company’s core research programs in the year ahead,” says Starr and Mills.

“Having now completed the first phasewe now plan to progress through our pilot Phase 2 studies, with the future aim of making the product available to veterinarians while delivering value to the company’s shareholders.”

Read the full article at  https://www.businessnewsaus.com.au/articles/australian-cannabis-companies-bring-in-revenue-but-remain-in-the-red.html 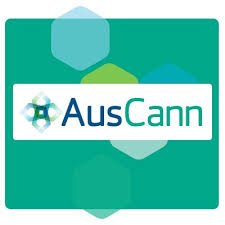