About the 40th article we’ve read this year explaining how difficult it is to obtain regulated medical cannabis in Australia. We can only assume that the Australian government wants to bolsters a cannabis black market that is already in rude health. Please…. not the excuse again, about UN rules & scheduling. We’re pretty sure the Australian government has a bit more flexibility about UN rules & regs when it comes to asylum and immigration issues so why are they so obsessed by this plant. Might it have something to do with creating a cartel of companies to run the industry. It’s the Australian way !

Medicinal cannabis products remain unapproved by the Therapeutic Good Administration (TGA) and can only be acquired through the Special Access Scheme.

It ostensibly means all approved options have to be exhausted before doctors can even apply for access for an unapproved cannabis product. And the doctors who are willing to prescribe such products aren’t able to advertise the fact.

Because medical cannabis products aren’t technically approved, they can’t be subsided by the Pharmaceutical Benefits Scheme.

With all the hurdles and obstacles in the way – as well as the often exorbitant costs involved – the end result is that it’s much easier for sick patients to turn to the black market.

“It’s not really fit for purpose, the way they’ve chosen to administer cannabis through the TBA as if it was a similar pharmaceutical drug … It just hasn’t really worked,” Ms Haslam said.

“The issues most patients are having now are affordability-related … It’s far cheaper to access the black market but you’re potentially putting yourself at risk.”

Due to the diverse response exhibited by patients who use medicinal cannabis, she wants to see it made more accessible for those who demonstrate a better quality of life by using the drug, and want to avoid more addictive opium-based pain relief medicines.

She was among a group – backed by the Greens – who travelled to Canberra this week calling on the government to improve regulations around medicinal cannabis.

Privately, Ms Haslam holds misgivings about bureaucrats’ desire to improve the system for those looking to access medical cannabis.

“I was told by the fellow who wrote the regulation that they’re not going to do anything to jeopardise the opium industry,” Ms Haslam told Yahoo News recently.

‘Government paying for my weed while I’m in jail’

Army veteran Lee James Donnollan could go to prison for illegally growing the medicine he said he’ll be allowed to use if he’s behind bars.

The Townsville resident was also in Canberra to ask politicians to waive his charges after Queensland police caught him growing cannabis.

Advocates and Greens leader Richard Di Natale called for the government to grant an amnesty for those charged for obtaining medicinal cannabis and to set up a new process to access the drug. 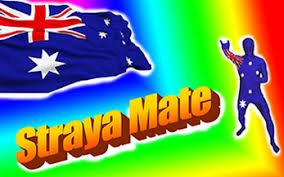