Exiled Australian fintech iSignthis has been ensnared at the centre of the collapse of one of Europe’s largest Ponzi schemes after the former ASX-listed firm was linked to the implosion of cannabis investing platform Juicy Fields.

Established in 2020 with offices in Germany and the Netherlands, Juicy Fields enticed tens of thousands of customers with the promise of gargantuan returns by connecting investors with small-time marijuana crop growers.

Investors were offered the chance to deposit up to €180,000 ($262,000) via bank transfer or cryptocurrency to the Juicy Fields platform, without the required background checks used by mainstream financial services firms. 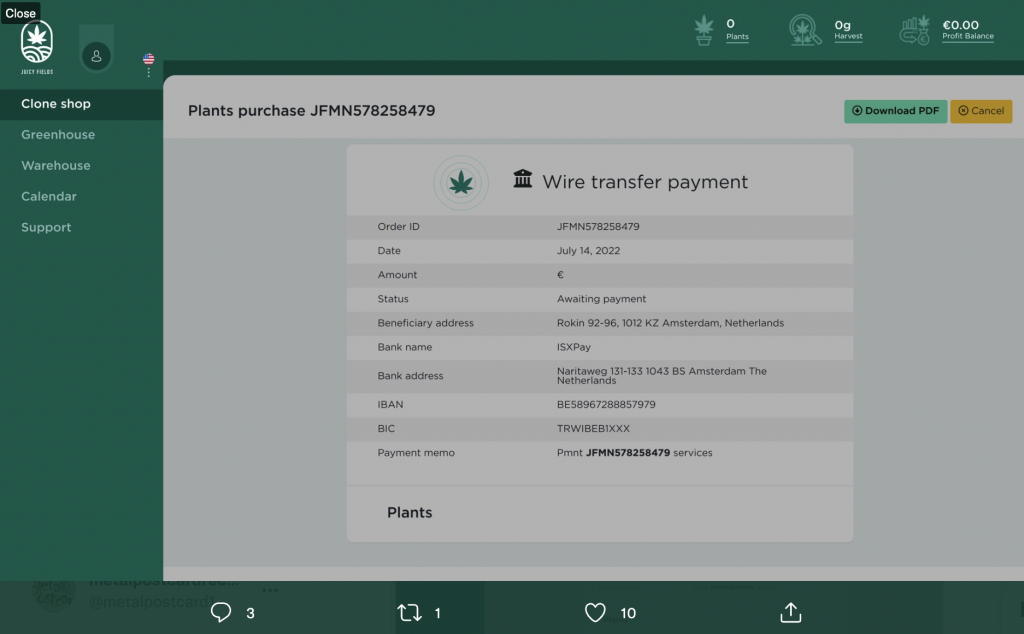 The Juicy Fields scheme was aided by the company hiring influencers, marketers, sales representatives, psychologists and lawyers to attract investors and convince customers to hand over wads of cash. This included funding a lavish event in Barcelona earlier this year involving two Lamborghinis, bucket loads of alcohol and supermodels dressed up as fairies.

Marketing crowed: “Grow cannabis. It is profitable!” In reality, it was not.

In July, the company abruptly froze cash withdrawals, its purported executives disappeared and wiped their social media profiles and shut down its online infrastructure, leaving tens of thousands out of pocket. That collapse came shortly after warnings about Juicy Fields issued by Spanish and German authorities.

Now, class actions lawyers are circling the wreckage and examining the merits of potential litigation to recover funds from financial institutions that processed payments on behalf of JuicyFields.

Among them is allegedly ISX Pay, operated by ISX Financial EU Plc, a spin-off of controversial Australian fintech iSignthis that was suspended from the Australian Securities Exchange in October 2019. Its Australian entity, since renamed Southern Cross Payments, remains subject to an ongoing lawsuit launched by the Australian Securities and Investment Commission, while the company itself is suing the ASX over its suspension, which came amid concern about iSignthis’ alleged accounting irregularities.

The new European-based company, led by John Karantzis, is the product of a demerger of most of iSignthis’ operations last year, with the new organisation re-domiciled in Cyprus where most of its operations are.

Mr Karantzis also relocated to Cyprus late last year, after a travel ban was lifted on the executive stemming from an Australian Taxation Office lawsuit that alleged a $10 million unpaid tax bill.

Investors in JuicyFields appear to have been directed to deposit funds into accounts at two banks. One was ISX Pay. The other was a Lithuanian institution Via Payments UAB.

The potential involvement of ISX Pay became apparent on July 15 when the company’s Twitter account, ISX Financial, sent out a scam alert telling customers not to trust details published to a website which alleged ISX Pay transfer accounts were linked to the Juicy Fields scam. “ISX is mentioned on this URL but is not involved,” the tweet said.