Australian Press Article Says .. “peak body for psychiatrists savaged by its own members for a “pitiful” clinical memorandum” & TGA’s decision not to re-classify MDMA & Psilocybin

You know things are awry when you have  clinicians saying things like..

Update on the TGA’s interim decision on MDMA and Psilocybin

Members may be aware of the recent decision by the Therapeutic Goods Administration (TGA):Notice of interim decisions to amend (or not amend) the current Poisons Standard not to reschedule MDMA and psilocybin from a prohibited substance to a controlled medicine (Schedule 8).

There were numerous public submissions made on this matter with varying positions on the issue, including the College’s submission.

The College supports the TGA’s decision not to amend the Standard in relation to MDMA or psilocybin, and any decision based on evidence-based practice. This decision has been based strongly on the scientific evidence presented in submissions.

We now have the opportunity to affirm our position on this matter in response to the TGA’s interim decision, before the final decision is handed down.

The College remains strongly supportive of appropriate research to assess the efficacy, safety and effectiveness of psychedelic therapies to inform future potential use in psychiatric practice.

The following report in the Australian newspaper highlights the rancour…

The peak body for psychiatrists has been savaged by its own members for a “pitiful” clinical memorandum, including a “childish misrepresentation” of data, which lay behind the health regulator’s preliminary decision not to reclassify psychedelic medicines.

The Royal Australian and New Zealand College of Psychiatrists has come under fire for the five-page document, with members of the college saying expert advice was ignored and the memorandum was released for political reasons, rather than scientific fact.

Malvern Private Hospital medical director Eli Kotler said he was “disappointed” by its release and “sadly not surprised” by the Therapeutic Goods Administration’s interim decision.

“Both (the RANZCP and TGA) statements appear to unfortunately perpetuate the stigma around these treatments by conflating illicit substances with medicines. They also appear to have been selective with the data used for their respective conclusions,” RANZCP member Dr Kotler told The Australian.

“One could be led to believe that the peak mental-health body in this country lacks an appreciation of the significance of trauma underlying many of the illnesses we treat.”

However, Newcastle-based psychiatrist and RANZCP member Chris Bench questioned the transparency of the process, saying the college’s own specialist body on psychedelic therapy hadn’t been consulted before the memorandum was released, and he remained mystified as to who had written the document. “One of the questions I was asking is, who has actually drawn up this memorandum, what was their ­expertise? I think part of it has been done for political reasons,” Dr Bench said.

The weight of the memorandum was made apparent in the TGA’s interim decision, which ruled against rescheduling psilocybin (the active ingredient in magic mushrooms) and MDMA (ecstasy) on Wednesday, and referenced the RANZCP’s document in it’s reasoning.

“I also note the findings of a ­recent clinical memorandum on psychedelic therapies … which found that evidence of safety and efficacy is limited but emerging,” the TGA’s ruling said. “I believe that these findings support my conclusion that current use of psilocybin should be limited to carefully monitored research trials.”

There are also considerable doubts regarding the veracity of research contained within the document, according to Toronto Private Health psychiatrist Stuart Saker.

“And they’ve substantially misrepresented that to the TGA. I don’t even know who’s produced the memorandum because it’s pitiful, really.”

RANZCP President John Allan said the memorandum would be reviewed in “due course”, adding: “The evidence for psychedelics just isn’t quite there yet, which was reinforced by the interim decision of the TGA.” 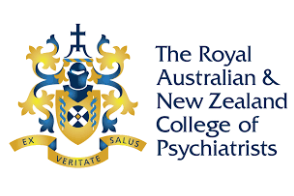