The organisation has been licensed by the Australian Government to undertake medicinal cannabis research. Agriculture Victoria scientists turned their expertise in genomic DNA testing to develop new tools enabling the extraction of genetic information from various medical cannabis strains from around the world, which has been entered into a database.

The tools, able to sequence the equivalent of 20,000 cannabis genomes per week, flag attributes such as growth rate, bud size, cannabinoid profile and disease resistance. This helps scientists zero in on strains that would likely be most effective in treating various conditions such as epilepsy, multiple sclerosis and cancer.  Furthermore, the systems developed allow for compliance and regulatory related testing to be performed quickly and cost-effectively.

In 2016, Victoria became the first Australian state to legalise the use of medicinal cannabis and its first government grown crop was also harvested that year. However, as in much of Australia, Victoria’s program is fairly limited compared to many jurisdictions outside our shores.

But Victoria’s Government certainly sees the potential. In 2018, the State Government launched a strategy setting an ambitious goal of the state supplying half of Australia’s medicinal cannabis by 2028 and creating 500 related jobs in the process.

“Victoria’s cultivation trial has not only made medicinal cannabis available to patients but has also provided our world-leading scientists with important genetic information to design more effective products,” said Victoria’s Minister for Agriculture Mary-Anne Thomas. “Research into medicinal cannabis is a great example of how Victoria’s science and health sectors are working hand-in-hand for the benefit of our community, particularly those people who are suffering from chronic health conditions.”

Agriculture Victoria Research offers a number of services, including commercial licensing of its proprietary medicinal cannabis strains, provision of advisory services, compliance management and cannabinoid analytical services. The organisation leverages the skills of more 500 scientists and PhD students working across 12 locations throughout the state to deliver research and innovations  for Victoria’s various agriculture industries. 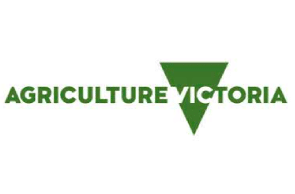