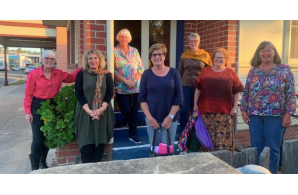 We say good on them.

These is exactly the sort of people  and organisations we need discussing medical ( and hopefully one day rectreational) cannabis.

Including medicinal cannabis on the Pharmaceutical Benefits Scheme (PBS) will be one of the key debates at this year’s Country Women’s Association (CWA) State Conference to be held in Bega.

The Cobargo branch will raise a motion at the conference asking for the CWA to campaign for the reform – just one of many issues to be debated during the meeting.

“The problem is that although cannabis can be obtained by prescription, it’s not available under the PBS and it’s exorbitantly expensive,” said Far South Coast Group secretary Lynn Lawson, who is based in Cobargo.

While some might know the CWA as lovers of crafts and cooking, in fact its members are at the forefront of creating change in the country.

This is the first time the State Conference will be held in Bega and will attract more than 400 delegates and observers from May 2 to 6.

As part of the conference, motions from branches across the state will be discussed which, according to Mrs Lawson, is an important part of the event.

“We’re one of the organisations which caters to women who just want to come and make friends, as well as some who want to do handicrafts or cooking, or people who actually want to make a difference – and everyone in between.”

She said the CWA is driven from the bottom up in the way that if a member believed something was important they could raise it with their branch and if passed as a motion, it would go to the conference then could become the organisation’s policy.