A track and trace system is among several initiatives set to be implemented this year by the Barbados Medicinal Cannabis Licensing Authority (BMCLA), as it seeks to facilitate the development of the island’s medicinal cannabis industry.

This was outlined today by BMCLA’s Chief Executive Officer (CEO), Dr. Shantal Munro-Knight, as she updated media representatives on the status of applications for licences during a virtual press conference on the Zoom platform.

Pointing out that the traceability system should come on stream by the end of February, Mrs. Munro-Knight said: “What this system will be able to do is to allow us to be able to monitor every single input in the industry and to be able to track it. So that the very first import that comes in, all the way through that entire value chain, from cultivator to processor, to  retail to R&D, laboratory – everybody will be required to enter all of  their information into the track and trace.

“So that anytime you will be able to monitor what is happening within the industry, not only in  terms of being able to see when  there is a security issue, but as well to see what are the activities; what’s moving most; what are the most strains that are coming into the industry as well; how is testing going; what is the level quality, etc. So that track and trace system is going to allow you to do all of that.”

She also revealed that the Authority was working, in partnership with other entities here, to try to build out its infrastructure.

Noting that the Barbados National Standards Institution (BNSI) was one of them, the CEO said this was aimed at developing very strict and comprehensive standards for testing parameters and for packaging and labelling, and this was also targetted for completion by the end of February.

The Technical and Vocational Education and Training (TVET) Council was also listed among the partners, and the Head of the BMCLA disclosed that it was in the process of developing National Vocational Qualifications (NVQs) for cannabis cultivation.

Of this relationship, Dr. Munro-Knight said: “I cannot stress enough that  when we are building out the industry in this way, it means that it provides opportunities for a number of different players again. So, people who can take the TVET course won’t necessarily have to find themselves as licencees. They may decide that they want to get qualified to make sure that they have a better chance within the job market, not only here locally, but also regionally.

“And, our intent is to lobby the relevant authorities to have that NVQ move to a CVQ [Caribbean Vocational Qualification) because we are the first country that is doing medicinal cannabis that has moved to introduce this particular qualification. So, it means they have an opportunity to have that qualification, and to work nationally,  and that’s not restricted; that course of study will be open up to as much persons who want to be able to participate and get that level of qualification.”

Meanwhile, the CEO pointed out that Government’s critical vision for the industry is to carve out a niche in Research and Development, and this is being examined with the aid of The University of the West Indies, Cave Hill Campus.

Explaining the thrust, she said: “So, of course, Barbados is small; we don’t have the land space, as other bigger jurisdictions, so we had to think about what it is that we can offer the world. And, clearly with The University of the West Indies, Cave Hill, established here, but not only that, the Government, under the Ministry of Agriculture, also has the Home Agricultural Station as well; the intent is to work very closely with the Home Agricultural Station for that to become a centre of excellence  for research in medicinal cannabis.” 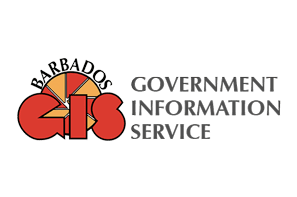