It’s been stop star in the Caribbean. A few years back there was a flurry of activity and then radio silence for almost 2 years now we’ve seen updates from the BVI, Bermuda and now Barbados all in the last few weeks.

Barbados’ medicinal cannabis industry will get under way in January.

And, interested persons have been given the assurance that people will be allowed to enter, but not at the same time.

In addition, Minister of Agriculture and Food Security, Indar Weir, also made it clear that when it gets started it will not be a repeat of the sugar industry.

He made these assurances as he addressed a public forum on the medicinal cannabis industry at Queen’s College last night.

“The industry must get started….  People will be allowed to enter, [but] not everybody is going to be able to start at the same time,” he said.

The Minister pointed out that countries such as Jamaica and St. Vincent and the Grenadines started before Barbados, but did not issue a lot of licences.

He added that Government wanted to facilitate people equally, while managing the “narrative” to ensure that the wrong impression was not sent internationally.

However, Mr. Weir said Barbados was known for its hospitality; delivering on promises; being politically stable; and having a good reputation in the United Kingdom, Canada and the United States of America.

As a result, he said, more people were enquiring about Barbados’ industry, and more investors were showing interest in coming to the island.

“It is really, really a phenomenal thing, and it is something that we cannot turn a blind eye to.  We have to capitalise on any opportunity that confronts us now because later on it will not be here.

“There will be too many other options.  We have to leverage our position now,” he stated.

At the same time, the Minister emphasised the fact that the medicinal cannabis industry would not be handled like the sugar industry.  Rather, he said, the only thing being exported would be a finished product.

“We created a complete value chain so that at any part of that value chain we can enter,” he stressed.

The Minister told those present that Government would seek to facilitate their suggestions, and make changes where possible.

“I am prepared to make changes where changes are definitely reasonable enough for us to accommodate. I am prepared to listen and hear what the people of Barbados have to say…. If you want to offer a suggestion; if you feel passionately about something, please let us hear you; and where we can accommodate, we will accommodate, and where there are times when we can’t, … we have to…let you know that, and give you the reasons why,” he stated.

During the consultation, there were also presentations on the role of the Barbados Medicinal Cannabis Licensing Board, the Act and regulations. 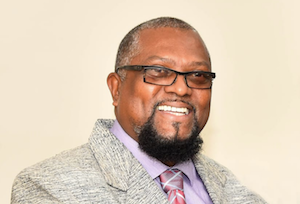