In September 2015 Barry Honig arranged for a stock list promotor to write favorable analysis on a company called Majesco ($COOL) and distribute it to thousands of main street investors, according to people interviewed by this reporter and familiar with the transaction.

To allegedly get around SEC disclosure rules Honig promised to pay the promoter on their next deal if the person did this one for free and on September 15 2015 that’s exactly what happen, according to a person involved in the transaction.

This was just two weeks before Barry C. Honig and and his young protegee John Stetson became CEO and CFO of the company. The promoter was eventually paid by Honig in other deals which included Honig making a phone call to explain how a third party would be making the payment, according to two people familiar with the transactions.

At the time of the undisclosed promotion in Majesco Honig and his associates, which included Stetson, Michael Brauser, Philip Frost and others, held cheap shares and warrants in the company via an investment called a private placement. This same group as been accused of trading as an undisclosed group of affiliates by the Securities and Exchange Commission in other stocks and the predecessor of $COOL, PolarityTE (stock ticker $PTE), disclosed the SEC had began an investigation into the company in March 2019. 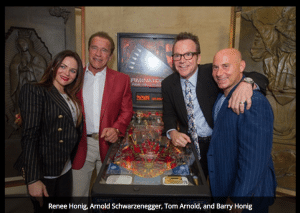 Honig is notoriously fearful of people he works with wearing a wire according to three people who have worked with him because he says the FBI has been trying to catch him for years.

He often communicates on the phone but preferable in person or he sends messages through others like John Stetson. But in September 2015 he apparently got sloppy. 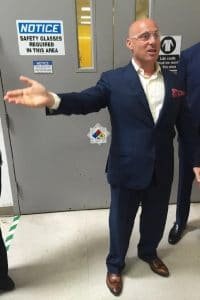 Three days after the promotion ran on September 18, 2015 Honig sent a private electronic communication, reviewed by this reporter, that referenced to the price of $COOL jumping up and stated it was a short the other day.

This reporter has previously reported how Honig worked with his cousin Hunter Adams of StreetSweeper.com to short the stock of companies he was also invested in via private placements unbeknownst to the companies that counted on his financial support.

The hint of undisclosed promotions that influenced the price of Majesco stock was first reported by journalist Chris Carey at Sharesleuth.com in 2018.

With Honig and Stetson running the company Majesco made a bold face move in January 2016 to issue a $10 million cash dividend to all shareholders as of January 14, 2016 while the company was struggling to be profitable. Around January 20th Honig Michael Brauser and others now had big money checks in their hands basically paying them back for their early private placement with a huge gain and they weren’t quite with their peers about the size of profit they had just made, according to people who spoke with this reporter. 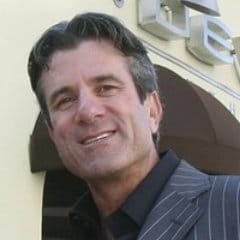 Seven months after the alleged Honig led promotion in April 2016, attorney Harvey Kesner wrote a letter to the SEC on behalf of the company, stating while Honig and Stetson had made early investments in the company that were going to be converted to free trading stock, the company viewed them as independent when they made the investments.

Because the company was NASDAQ listed independence rules are important to keeping the company in compliance with a NASDAQ listing. There are also issues of undisclosed affiliations which the SEC was looking it.  Attorney Kesner apparently worded the letter in a way to not draw SEC attention but these statements could be seen as providing false information to investors, according to an SEC lawyer interviewed by this reporter.

At the time of the letter Kesner was a partner at New York law firm Sichenzia Ross Friedman Ference LLP. This is the same firm that allegedly asked Kesner to leave two years latter around the same time Barry Honig was charged for securities fraud by the SEC in 2018.

Kesner and the law firm recently settled a malpractice suit for their alleged role with one of the victim companies in the SEC securities fraud suit filed against Kesner’s clients. The amount of the settlement was sealed but recent court filings in the Mabvax bankruptcy show the settlement was for seven figures. 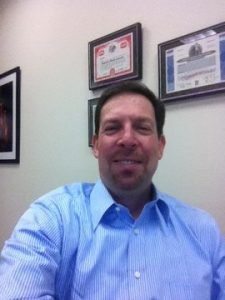 Majesco eventually did a merger and switched to being a biopharma company called PolarityTE who claimed to have a FDA registered product called SkinTE. Those claims have been refuted by short sellers and has been subject to civil litigation by shareholders.

It was John Stetson, a graduate of the University of Penn, who brought Ed Swanson of PolarityTE, who went University with Stetson, to the attention of Barry Honig with an alleged plan to effect a merger with a group of executives willing to allegedly put forward false and misleading information about the company which influenced its stock price, according to people who spoke to this reporter and are familiar with team Honig and the transaction. The friendly CEO became a Dr. named Denver Lough.

Honig also had an affiliate of his, Edward Karr on the board. Karr has been an executive or board member in at least six public companies Honig invested in which included: Pershing Gold, Dataram, Levon Resources, PositiveID Corp, Majesco, California Gold, Exactus. Ed Karr has been the chairman of U.S. Gold, another alleged Honig pump and dump. According to a person who gave testimony to the FBI in the Team Honig case Karr is a person of interest in the DOJ investigation. 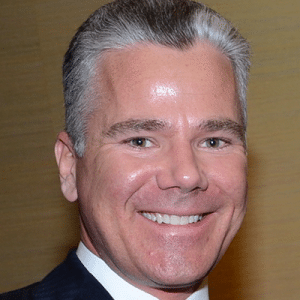 Similar allegations of team Honig influence and control of PolarityTE are currently in front of a Utah federal judge in the shareholder class action lawsuit.

Honig is not a named defendant in the lawsuit; instead shareholders are trying to hold his right hand guy John Stetson liable and the company’s last CEO Denver Lough.

Honig, Stetson and the rest of his crew have all settled with the SEC and everyone but Philip Frost got penny stock bans. A lawyer for Frost pointed out in a court hearing this month, attended by this reporter, that by the defendants in the SEC pump and dump case accepting penny stock bans it implies scienter, which means they executed the illegal acts and securities violations with intent.

But the in the SEC settlements the regulator allowed Honig, Bruaser, Grossman to keep their $PTE stock. Additionally, in 2020 the company made an announcement that the SEC sent them communication that their investigation is over. This statement is somewhat misleading as the SEC communication typically says there is a rule they have to inform you we are not going to charge you now but we could in the future.

Additionally, as previously reported and confirmed by SEC enforcement lawyer Nancy Brown, the San Francisco DOJ has an ongoing investigation into Team Honig. According to discovery in the SEC case against Honig it appears Honig is now working with the DOJ to cooperate and Michael Brauser’s lawyer has admitted at a court hearing to tolling agreements signed by some of Honig’s crew.

The SEC also told Judge Ramos they are investigating another securities fraud scheme by this group that was executed after Honig’s crew was charged by the SEC. Honig is still going to have to litigate how much he will pay in fines and restitution along with an llc that John Stetson controlled on paper but Honig was the major investor in, according to the SEC.

According to a person who has reviewed the amount of money Honig holds in his bank accounts he is a triple digit millionaire. 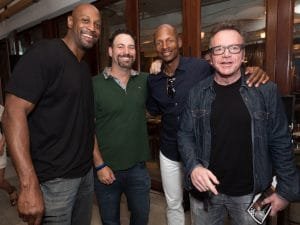 Groussman before he ate too much Pizza

John Stetson is currently working on a Pizza franchise in South Florida and Georgia, that he invested in with fellow Team Honig bad actor Mark Groussman, called Stoner’s Pizza.

Groussman’s sister Ashley was married to actor Tom Arnold. Mark’s wife Erika Groussman also has a business he consults for called TruWomen and he has invested in cannabis companies like Pure Kana. Pure Kana is publicly traded on the CSE but its price is above a penny stock price so Groussman’s SEC ban doesn’t apply. 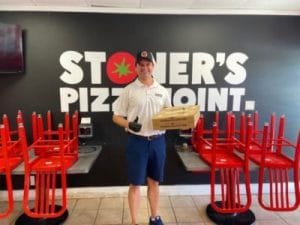 Groussman, who settled with the SEC, has been paying PR firms to get positive news and sponsored journalism out about him in an attempt to change what is seen on a top of a Google search of his name. The articles fail to mention that both Stetson and Groussman were charged by the SEC for securities fraud. 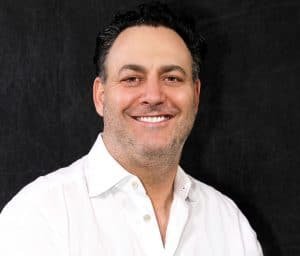 Barry Honig did not respond to emails sent for comment to this story.

Honig has also applied in the past for cannabis dispensary license ownership in Ohio with cannabis investor Andy Defrancesco. 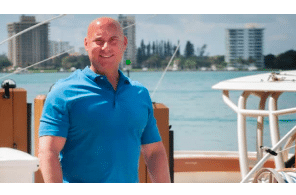