This week, the state senate in Connecticut voted 19-12 in favor of legislation to form a recreational cannabis market in the state by May of 2022. This was supposed to be the final hurdle for the long-fought legislation and with a Democrat sitting in the governor’s office, that last signature was presumed to be a formality. However, quite literally as the ink was drying on senators’ signatures, Gov. Ned Lamont publicly announced his vow to veto the bill despite having supported the effort from the start.

In dispute, suddenly, is a late amendment to the legislation that included language that would broaden the scope for exactly who would be eligible to apply for the state’s proposed social equity licensing program.

Once an afterthought in legalization efforts, social equity is rightfully becoming a foundational plank in the establishment of recreational cannabis markets across the country. In Connecticut, the program was focused on qualifying applicants based solely on geography – did they hail from a region deemed to be disproportionately affected by the War on Drugs? If yes, they could apply.

The new amendment to the bill was in response to the collective voices of advocates who say that a geography-based system was too restrictive. Their grassroots lobbying led to lawmakers expanding the program to include anyone with an adult or juvenile record for a cannabis-related offense.

His reason? He says that rich folks who have kids with criminal records would exploit the loophole and weasel their way into the industry.

Weird argument… Paul Mounds, Gov. Lamont’s Chief of Staff, made his boss’ stance crystal clear, saying “This proposal opens the floodgates for tens of thousands of previously ineligible applicants to enter the adult-use cannabis industry. This last-minute amendment creates equity in name only by allowing these individuals expedited opportunity to obtain access to the marketplace.”

Yeah? So? Is it because they are not “your” people, Ned?

Legislators were left with a few options. They could send the approved bill to the Gov anyway, hoping he’d back down on his threat. Or they could send it back to the Senate to try to reconcile the language in the amendment to satisfy Lamont. Or they could use an upcoming budgetary vote in the House to totally strip the amended language on social equity, disenfranchising countless people of color to satisfy one rich, white man.

In the end, they chose Option #3 and the governor is expected to sign the bill.

The state will hold two lotteries to determine the first round of licensees. It will cost $1,000 just to submit your application into the lottery, then every license handed out will come with a $3,000,000 price tag.

So much for being a foundational plank…

Still, this marks the 4th state to legalize cannabis this year alone, and we aren’t even halfway through it yet… 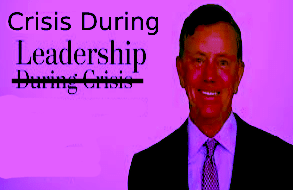