Berlin Now Has an LSD Shop, Thanks to a Loophole in the Law & It’s run by Carl Trump, who claims to be distantly related to the former US President!!

There’s a hand-written note stuck to the window of a Berlin store when I arrive one Monday morning. “We are out of LSD! Please come back soon,” it reads. 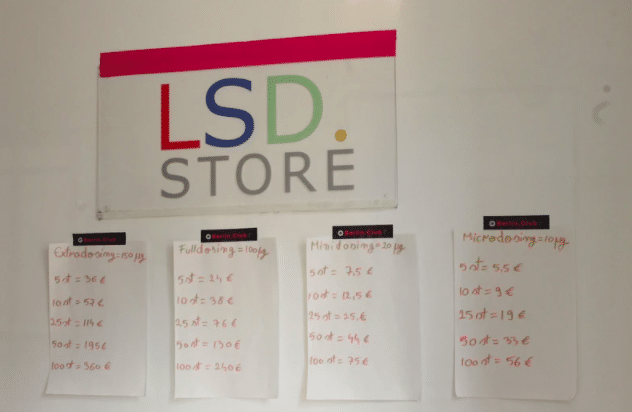 “We did an interview with [state broadcaster] RBB over the weekend and it just went crazy!” says shop owner Carl Philip Trump, a lanky blond German in his early thirties, as he jumps out of a taxi to greet me. “There should be more arriving today.”

Since opening in March, this small shop has been exploiting legal loopholes by selling an LSD analogue called 1CP-LSD – a recently developed substance that most governments haven’t got round to banning yet – labelled as a “research chemical”. When it’s in stock, there are usually crowds of customers in and out each day, buying micro-dosing, mini-dosing, full-dosing or “extra-dosing” tabs in batches of five to 100.

It’s not just the novelty of walking into a shop to buy a seemingly illicit substance that has been attracting German press attention. Trump himself, who claims to be distantly related to former US President Donald (“My father comes from the same village, Kallstadt, that the Trump family come from,” he tells me), has some unusual ideas about what he will use his profits for.

The former bitcoin trader – who attended a Catholic school in southern Germany that was at the centre of a child abuse cover-up – says he wants to sue the church for its involvement in similar cases around the globe. He’s even set up his own political party, Good People – a slightly derogatory term for “do-gooder” in Germany – whose two main policies appear to be “legalise drugs” and “jail the church ‘mafia’”. Some of his ideas wander into conspiracy theory territory – although this doesn’t seem to have hampered his LSD trade. 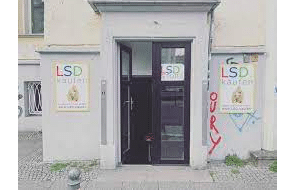