OLDWICK, N.J.–(BUSINESS WIRE)–While potential demand for insurance products covering the cannabis industry is poised to follow this market’s favorable revenue growth projections, conflicting state and federal laws continue to pose a hurdle for insurers looking to enter the segment, according to a new AM Best report.

“half-in, half-out regime that simultaneously tolerates and forbids local use of marijuana.”

A new Best’s Special Report, “Cannabis Insurance Market Growth Expected, but Federal Laws Remain a Roadblock,” discusses the federal legislation that could remove major obstacles that have left large insurers on the outside of this nascent market. The report details the key impediments that remain for insurers, which include, but are not limited to:

A key measure in opening this market could be The SAFE Banking Act of 2021, which has already passed in the U.S. House of Representatives. It provides that proceeds of transactions with cannabis-related legitimate businesses (CLB) and their service providers would no longer be considered as arising from an unlawful transaction. Additionally, the bill would allow financial institutions to facilitate payments for a CLB or service provider using a depository institution, and authorize insurance companies to underwrite for CLBs and their service providers.

Supreme Court Justice Clarence Thomas recently weighed in on this legal jurisdictional conflict in regard to a Colorado medical marijuana dispensary that appealed the denial of a federal tax break. Thomas stated that the federal government’s current approach could be characterized as a “half-in, half-out regime that simultaneously tolerates and forbids local use of marijuana.”

The report also notes that surplus lines carriers have been answering the call for coverage options in this area of business. Some industry experts argue that much of the coverage offered is modestly to egregiously overpriced and overly restrictive, with some forms regarded as offering illusory coverage. There is currently limited capacity in the market, with the only choice being excess & surplus carriers.

To access the full copy of this special report, please visit http://www3.ambest.com/bestweek/purchase.asp?record_code=310196 .

AM Best is a global credit rating agency, news publisher and data analytics provider specializing in the insurance industry. Headquartered in the United States, the company does business in over 100 countries with regional offices in London, Amsterdam, Dubai, Hong Kong, Singapore and Mexico City. For more information, visit www.ambest.com.

Copyright © 2021 by A.M. Best Rating Services, Inc. and/or its affiliates. ALL RIGHTS RESERVED. 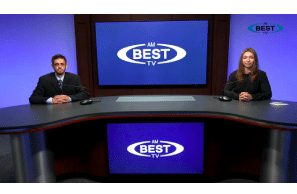