Bhutan: Officials Were Not Aware Of Company Selling Hemp Extracts

Kuensel reports……..Officials from the Bhutan Narcotics Control Authority (BNCA) claims they were not aware of the existence of a commercial firm in Thimphu that produces and sells hemp extracts.

Following Kuensel’s report on the business, officials from the authority said that they might have to start an investigation.

They, however, said the decision to investigate would depend on the narcotic control board, who were yet to be appraised by the BNCA secretariat as of yesterday.

Officials said BNCA had not received or given approval to any such business proposals so far.

Under the Act, cannabis is classified under Schedule I that grades the plant as a narcotic drug, with no medicinal value.

However, Section 130 of the Act states that notwithstanding Section 128 of the Act, a person or an entity may be permitted to produce or extract fibres or animal feed or such other products for licit purpose as prescribed under rules and regulations.

BNCA officials said that the authority had approved a few proposals for scientific research and educational purposes. The approval, however, did not allow commercialisation of the cannabis or marijuana plants. 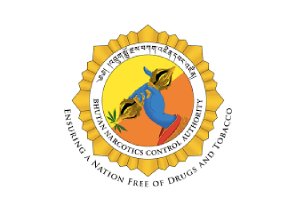