Rahul Gupta, the former chair of the West Virginia Medical Cannabis Advisory Board who also served as the lead on drug policy in Biden’s presidential transition team, is being selected to head the Office of National Drug Control Policy (ONDCP).

Having someone fill that role who has repeatedly touted the medical value of marijuana—saying, for example, that it can “help citizens suffering from debilitating diseases like cancer”—and who has worked to institute a state-legal cannabis program that authorizes people to carry out activities that are in contravention of federal law is a departure from the norm for White House drug czars.

The Biden administration touted that fact that Gupta is a medical doctor and argued he can uniquely help lead the nation’s drug policy efforts amidst an overdose crisis.

“President Biden’s nomination of Dr. Rahul Gupta to be the first physician ever to lead the White House Office of National Drug Control Policy is another historic step in the Administration’s efforts to turn the tide of our nation’s addiction and overdose epidemic,” the White House told the Washington Post, which first reported on the impending nomination earlier on Tuesday. “Dr. Gupta brings firsthand experience as a medical doctor and public health official using evidence-based strategies to address the overdose epidemic in West Virginia. We hope he will be confirmed by the Senate soon.” 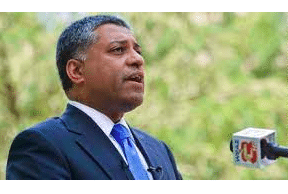