A new bill prefiled in Washington State this week represents the latest effort to expand U.S. cannabis markets across state lines. With similar laws already on the books in Oregon and California, passage would set the stage for marijuana products to travel legally up and down the West Coast and beyond.

Even if the interstate cannabis commerce bill becomes law in the coming session, however, actual cross-border marijuana deals couldn’t commence without approval from the federal government.

Senate Bill 5069, prefiled Monday by a bipartisan group of four state senators led by Sens. Ann Rivers (R) and Karen Keiser (D), would give Washington’s governor the authority to enter into agreements with other states to allow business between state-licensed cannabis companies. Any products delivered from out-of-state businesses would still need to be tested in accordance with Washington regulations and comply with state packaging and labeling rules.

As written, the legislation would take effect only on one of two conditions: either a change in federal law “to allow for the interstate transfer of cannabis” between legal businesses or the issuance of a U.S. Department of Justice opinion “allowing or tolerating” marijuana commerce across state lines. 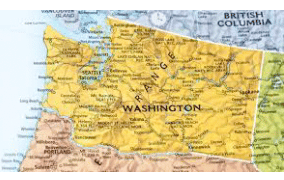