Blog Post: Psychedelic Capitalism and Other Myths: Is the Joke On Us?

Is psychedelic capitalism a myth?

The week I am writing this, author and psychedelic philanthropist Tim Ferriss poised a very direct question (via Twitter) to the public and various leaders in the psychedelic community, including Michael Pollan, Rick Doblin, and Robin Carhart-Harris.

Ferriss asked about how best to navigate the apparent “patent land grab” occurring behind the scenes within various private companies, many of which have received millions of dollars in investment capital and stock valuation.

This was in no doubt a response to the bizarre move by the British psychedelic startup Compass Pathways to patent, according to a recent VICE article, “the basic components of psychedelic therapy,” including the use of “soft furniture and holding hands.”

The internet being what it is, Christian Angermayer, a venture capitalist representing both Compass Pathways and a biotechnology company called ATAI Life Sciences, chimed in. Downplaying Ferriss’ philanthropy efforts and deeming his concerns as “wrong,” Angermayer defended the business strategies that Ferriss, along with many other leaders in the psychedelic community, called into question.

Instead of continuing to communicate through tweets, Ferriss wrote this extensive reply.

We are in the midst of a psychedelic gold rush. This comprehensive article from VICE addresses the nauseating pace at which psychedelic patents are springing up, including everything from psilocybin-infused cannabis to Phillip Morris e-cigarettes containing DMT and patents for psychedelic treatment of food allergies.

Read the full opinion piece at

Psychedelic Capitalism and Other Myths: Is the Joke On Us? 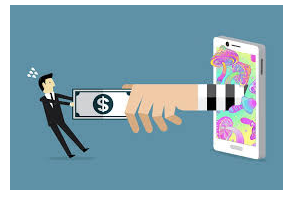