A headline we’d have to subtitle .. “How To Create A New Cannabis Black Market”

Everybody will have to tread very carefully in defining how to manage Delta 8 if they don’t want to inadvertently create a huge non regulated market for Delta 8.

The cat is out of the bag and it will be very difficult to put back. 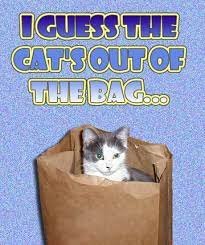 The cannabis compound has proliferated in gummies, joints and vape pens, with sales more than doubling in the past year across the country. Despite being almost chemically identical to federally outlawed forms of marijuana, Delta-8 has escaped widespread scrutiny thanks to ambiguity in U.S. laws.

That’s starting to change, with a coalition of cannabis producers now pushing federal and state regulators to block sales of unregulated Delta-8. More than a dozen states have already moved to restrict the products.

The previously unreported effort by industry leaders to rein in the booming but unchecked sector comes as chemists and health advocates sound alarms over potentially dangerous contaminants, such as lead and arsenic, and unpredictable potency levels in some commercially available products. Two tests of Delta-8 samples — one by the U.S. Cannabis Council trade group and another commissioned by Bloomberg News — found high levels of intoxicants in several of the products, as well as metals in some of them.

Delta-8 is particularly concerning to some scientists because it can be easy to make. Users can simply mix over-the-counter CBD with battery acid, pool chemicals or even household vinegar to produce it, although there are methods that don’t use acids.

Poison control centers are seeing an uptick in incidents related to Delta-8, and many health workers don’t know what the substance is or how best to treat patients suffering ill effects, said Christopher Holstege, director of the Blue Ridge Poison Center in Charlottesville, Virginia. “We’ve had at least 10 calls in the last couple of months, and a couple of people hospitalized.”

Some of the industry’s largest cannabis operators are worried that contaminated and dangerous items could torpedo an otherwise promising line of products, which some big-name companies already offer or are planning to introduce. On top of the health concerns, unregulated Delta-8 risks becoming a competitive threat to their existing offerings, sold in states they can’t get into, and it’s undercutting their prices by avoiding license fees, taxes and quality testing.

Regulators “should look to clamp down and stop this unregulated market,” said Steve Hawkins, interim chief executive officer of the U.S. Cannabis Council. The council has already consulted with state governments on Delta-8, he said, and it will step up efforts this week to encourage the U.S. Food and Drug Administration and the Drug Enforcement Administration to take action.

Boris Jordan, executive chairman of Curaleaf Holdings Inc., one of the industry’s biggest companies, compared the situation to the vape crisis from a couple years ago, when black-market products caused lung illnesses, souring regulators on even approved products.