The Gloucester Daily Times reports today that ………..An attorney who lists addresses in Gloucester and has headed up a law office in Newton specializing in legal marijuana issues has been disbarred from practicing within the state.

We note his linked in still says 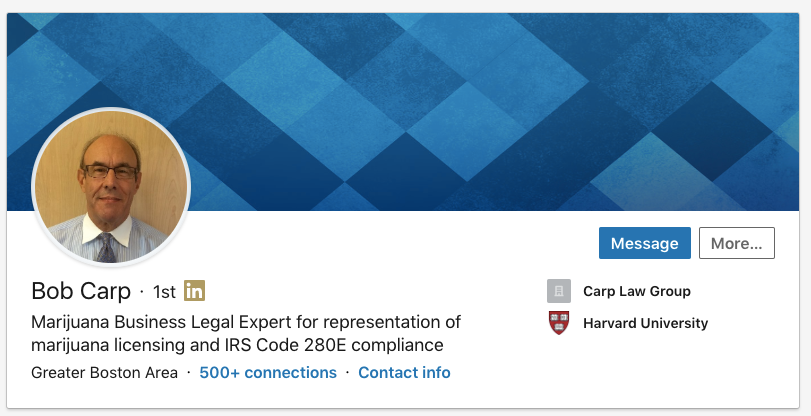 And he’s still selling his books according to Amazon https://www.amazon.com/Marijuana-Business-Operations-Starting-Growing/dp/B01NH0FAWC

And yes if you’ve googled him and noted that he writes for Cannabis Law Report ( item 3 p.1 google) that didn’t last for long , a very difficult individual to pin down.

Here’s the full report from the Gloucester Daily Times

Robert J. Carp — whose bar registration lists a post office box in Gloucester and who owns a home on Eastern Point Road, city assessment records show — resigned from the Massachusetts bar over complaints he deposited “unearned” retainer fees from four clients into his law office account, then used the money for his own purposes. Supreme Judicial Court Justice David A. Lowy accepted Carp’s resignation in July.

He was then was issued a judgment of disbarment by the Supreme Judicial Court’s Board of Bar Overseers. Carp’s actions, according to a summary issued by the board, resulted in his clients’ being “deprived of their funds” and came after Carp had admitted in his resignation that the facts of the case “could be proved by a preponderance of the evidence.”

Carp, who was admitted to practice in Massachusetts in November 2009, did not return messages seeking comment on this story left at his listed Newton Lower Falls office. The phone listed at his Eastern Point Road house was no longer in service as of Thursday, a recording indicated.

In an online posting, the Carp Law Group LLC he heads touts having an “expertise” in the cannabis industry. Carp is also the author of the book “The Marijuana Business & Operations Guide” and is listed as a founder of the Massachusetts Medical Marijuana Dispensers Association.

Attorney Joseph Berman, general counsel for the Board of Overseers, said he could not release the names of any of the four clients who were victimized by Carp, or say whether they are residents or businesses in Gloucester or elsewhere across the North Shore.

The ruling and summary released by the Board of Bar Overseers indicated that, after Carp “knowingly” used the clients’ retainer funds for personal expenses, he then “failed to return client files and unearned funds and failed to account for client funds upon his clients’ requests” when they had terminated his services.

Carp also engaged in an “unauthorized practice of law”, the summary notes, accepting retainer fees and performing legal work for two clients in matters pertaining solely to Michigan and California when he was not licensed to practice in those states. The charges also noted that Carp misrepresented to two clients that legal administrative actions had been filed, when they had not, the summary notes.

Finally, the summary indicates that he asked one of the clients who filed a disciplinary complaint with the board to withdraw it in exchange for a refund of his retainer. 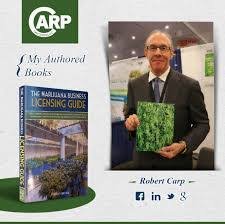