Businesscann report on what looks like a positive except for the fact that the dreadful Iain Duncan-Smith is involved.

BORIS Johnson will this week receive suggestions from a senior Government taskforce – led by Sir Iain Duncan-Smith – which could mark a significant turning point for the UK cannabis industry.

This comes as the Home Office has also opened its doors to many of the industry’s leading figures as it, too, looks to establish some solid foundations for an over-the-counter retail UK cannabinoid industry.

These developments mark the most significant UK milestones for several generations and come on 4/20 day when the global cannabis community marks the waning of the pernicious prohibition era.

As the UK CBD industry has grown in recent years and the environmental and economic benefits of the Cannabis Sativa (hemp) plant have become increasingly apparent, so too has the clamour for change.

This message seems to have now hit home at the highest levels of the UK Government’s ruling Conservative Party.

In January this year Mr Johnson announced the launch of the The Taskforce on Innovation, Growth and Regulatory Reform (TIGRR) with a brief to look at how the ‘UK can boost its economy by taking advantage of its post-Brexit regulatory freedoms’.

TIGRR is chaired by ex-Tory leader Sir Iain Duncan-Smith supported by MPs George Freeman and Theresa Villiers and, alongside other high-growth green and life science industries, it has being taking a closer look at industrial hemp and medical cannabis. 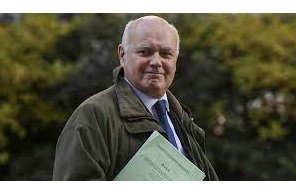