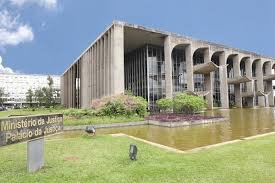 Brazil: Ministry of Justice calls for project that legalizes medical cannabis to be rejected

The Ministry of Justice asked for the rejection of the bill that legalizes the cultivation of Cannabis for medicinal and industrial purposes in the country.

In a technical note signed by number two of the portfolio, Executive Secretary Tercio Issami Tokano, on September 2, the ministry refuted the proposal and cited seven subordinate departments and bodies with the same position.

“If, in our country, even social programs with resources by modest beneficiaries have significant percentages of fraud, imagine the legalization of companies and associations that may have their activities intersected with the second largest illicit market in the world,” said the National Secretariat of Drug Policy (Senad).

“The approval of the project will lead to a situation of anomie that will last for at least a few years”, followed the Senad, foreseeing a situation of social lack of control and without laws to maintain order.