Could it be Mr Branson.. he’s not far away from Road Town on Necker Island?

Premier Andrew Fahie said the BVI is losing significant revenue as it waits for Governor Augustus Jaspert to give assent to the Cannabis Licensing Act, which was passed in the House Of Assembly in July of this year.

The Cannabis Licensing Act sets the framework for the establishment of a medical marijuana industry in the BVI.

In an interview with 284 Media, Premier Fahie said the government was expecting to earn millions this year as many people would have found jobs in the medical cannabis industry.

He continued: “We are gonna wait till it is assented to. It has pushed us a little behind with that industry with the revenue that we had already projected for this year.”

The BVI constitution doesn’t demand that the governor give assent to any law within a specified timeframe.

In his interview on Friday, Premier Fahie said this is an area in the constitution that the government is seeking to change.

“It is one of the areas in our constitutional review that we have to ensure that we strengthen in the best interest of the people of the Virgin Islands,” Premier Fahie said.

He said once the bill is assented, a commission will be set up to regulate the industry and set guidelines for locals who want to participate.

Premier Fahie also said the government is working with an investor who is expected to help the BVI tap into the export market. However he refused to name the investor.

“I wouldn’t release the investor’s name right now, but when the time comes we’ll let them know. All I can say is that the investor will be known, it’s not a secret, it’s a reputable person that has come and helped us move in this direction with the industry, ” Premier Fahie said.

Earlier in September, BVI News sought to determine whether the Governor had any specific problems with the bill that could cause any delay in its assent. The Governor’s office responded: “He’s currently considering it [and] has yet to grant assent.” 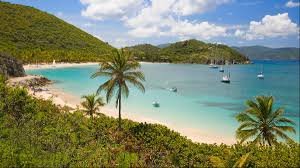