BusinessCann Article: How Britain’s Three Crown Dependencies Are Stealing A Cannabis March On the Mainland

A well written roundup of what’s happening in Guernsey, Jersey  & The Isle of Man

FRUSTRATED by the UK Government’s stance the three UK Crown Dependencies of Jersey, Guernsey and the Isle of Man, have taken matters into their own hands.

Sensing an opportunity to tap into a burgeoning market and steal an economic march on the UK mainland, they have gone their own way and introduced legislation aimed at making it easier for investors and companies alike to capitalise on hemp and medicinal cannabis cultivation on the islands.

They have been able to do this as the Crown Dependencies are both self-governing and have independent judicial rights, allowing them considerable autonomy, although in practice the UK does still represent them internationally and has some say in what goes on.

But exactly how does Jersey, Guernsey and the Isle of Man’s cannabis legislation now differ from the UK mainland? And how much say does the UK government still have in practice on their drug laws?

Read about each jurisdiction 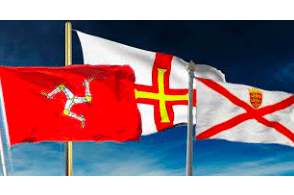