A HIGH Court decision to ignore the ground-breaking KanaVape case could expose the Irish Government to financial penalties and the threat of further sanctions from the European Commission.

Last month the High Court ruled that CBD products containing THC are illegal in Ireland – in direct conflict with the November 2020 KanaVape ruling of the European Court of Justice (ECJ).

The case in question involved Andrius Bogusas, of Dundalk, whose CBD oils from Slovenia were seized by Customs in October 2020, on the basis they were prohibited by national legislation.

The defendant argued they could be imported under European Union (EU) law as established in the KanaVape case, however, in his High Court judgment, Mr Justice Alexander Owens ruled that they are illegal as they contain THC.

Mr Bogusas is said to be appealing and there are over a dozen similar cases currently progressing through the Irish Courts.

The Irish High Court decision is also being examined by the European Commission as it contravenes the KanaVape ruling which has now been enshrined in EU law.

Chris Allen, Executive Director of Hemp Federation Ireland, which represents many of the CBD and hemp businesses facing prosecution, says it would welcome an intervention by the EC with Ireland’s hemp and CBD industry under threat from a misinformed Government and judiciary. 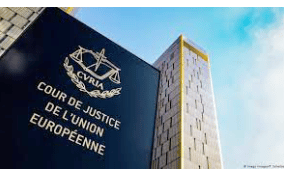