A NEW approach to drugs across the 27 member states of the European Union looks set to provide a platform for continental cannabis reform.

Driven by Czechia in its six-month stint as president of the European Union, the paper will lend immediate support to both its, and Germany’s moves towards regulated, adult-use markets.

As well as acknowledging the right of countries to decriminalise personal possession and protect the health of its citizens, it ticks all the re-active diversity, equality and inclusivity boxes, whilst also adopting a new, and more muscular approach to drugs policy and human rights.

One of the most significant of these is for the first time articulating the potential for nation states ‘to design and implement national drug policies according to their priorities and needs’.

Barcelona-based international drug policy researcher Kenzi Riboulet-Zemouli, said: “It’s great to have this new policy document which will strengthen the positions that have been developing in recent years. It will provide an important structural platform for progressive reform in the medium- and long-term.”

While the EU may have already outlined these positions orally, for instance at the UN Commission on Narcotic Drugs, this is the first time they have been articulated in policy from the Council of the EU.

The Council of the EU, which is composed of representatives from the governments of each of the Member States, is the primary legislative body of the EU.

Mr Riboulet-Zemouli added: “This is the result of negotiations between all 27 governments of the EU and in representing the many discussions and shared knowledge of its members is a sign of significant progress in drug reform.

“This represents real progress across Europe and signifies the dawning of a more enlightened approach to drugs.” 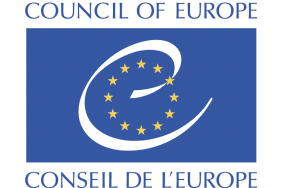