An interesting piece will the EU leave the UK behind.. most likely.

There are a few governments that are taking the first tentative steps towards legislation that allows for adult cannabis use (at least on a trial basis). June saw two political parties in Portugal – Left Bloc and Liberal Initiative – each present proposals for the legalisation of adult-use cannabis.

The outcome of the debate was an agreement that both bills be sent to the Health Committee for a period of 60 days, during which public hearings can be made, amendments presented, and negotiations carried out before the deciding vote takes place in Parliament.

Luxembourg, Switzerland and The Netherlands have all passed regulation to get the ball rolling in the legalisation process. In Switzerland and the Netherlands, new laws allow for the initiation of pilot schemes wherein cannabis can be legally produced, imported, and distributed to registered users.

It is likely that these pilot projects will be under way, with products on shelves within one to two years. This will make the two countries the first to de facto allow for a fully-legal supply chain for adult-use cannabis.

If the legalisation process continues as expected, Portugal – along with other European countries like Spain, the Netherlands, Luxembourg, Germany, Switzerland, and Malta – may be on course to introduce legal access to adult-use cannabis within the next few years.

What will be the effects of legalisation?

The potential effects of the legalisation of cannabis in Europe are far reaching and significant. From an economic, social, political and medical perspective, the opportunities created by legalisation could be transformatory. Let’s take a look at a few now.

Firstly, let’s examine the potential commercial impact of cannabis legalisation in Europe. Put simply, the potential market for adult-use cannabis is huge. A whopping one in ten Europeans smoke cannabis every year, while a quarter of people admit to having used cannabis at least once in their lifetime. The annual sales in black market cannabis is estimated at around €11bn.

It appears likely that many countries will focus on developing infrastructure for the domestic production of adult-use cannabis. This is the course that Switzerland and the Netherlands are charting in order to allow for tighter oversight of all stages of the supply chain and maximise the amount of  tax revenue.

Although fragmented legislation might somehow be a hindrance to the market reaching its full potential quickly, the gradual legalisation of adult-use cannabis will mark a significant turning point for the industry and opportunities will arise as a result. As highlighted in The European Cannabis Report: 6th Edition, we project that sales of adult-use cannabis will reach €200m by 2023, coming close to €800m m in 2025.

To put these figures into context; when cannabis was legalised in Canada, the illicit market for cannabis was worth €800m. It took just two years for the legal adult-use cannabis industry to take away half of the market share. 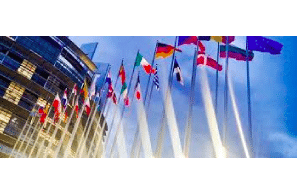