SACRAMENTO – The Bureau of Cannabis Control (Bureau) and the Department of Consumer Affairs’ Division of Investigation-Cannabis Enforcement Unit (DOI-CEU), in coordination with the Los Angeles Police Department (LAPD), today announced enforcement action on an unlicensed cannabis retailer operating within the city of Los Angeles.

On Thursday, October 25, 2018, DOI-CEU served a search warrant on an unlicensed cannabis retail location, “One Stop Healers,” located at 14064 Foothill Boulevard, Sylmar. The City of Los Angeles confirmed this location had not applied for a local license. The LAPD assisted with the service of the search warrant.

Sevada Khanlari, the owner of the retail location, as well as six employees, were arrested on misdemeanor charges of operating a commercial cannabis business without a license to do so. Additional charges may be added once the investigation is completed by DOI-CEU and submitted to the Los Angeles County District Attorney’s Office. The investigation was conducted at the request of the Bureau and was based upon a complaint the Bureau received.

To file a complaint regarding an entity licensed by the Bureau of Cannabis Control, click here – Enforcement Online Services. Once the user clicks File a Complaint, they will be prompted to select a license type, or they can simply report on unlicensed activity. After filling out the nature of the complaint, the user then reviews and submits the complaint to the Bureau for follow up.

The Department of Consumer Affairs’ DOI is a law enforcement agency that protects California consumers and licensees by investigating violations of California’s laws, regulations and professional standards. 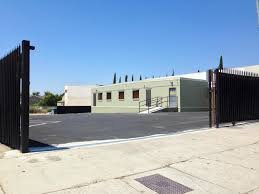