CALABASAS, CA — Calabasans seem primed to approve Measure C, a ballot measure to tax cannabis delivered or manufactured within city limits. As of Tuesday night, 6,255 Calabasans voted yes on the measure, while 3,766 voted no.

Measure C would place a 10-percent excise tax on the yearly gross receipts of businesses delivering – or transporting, dispensing, manufacturing, processing, etc. — the plant within city limits. According to a city report, it’s estimated that the tax would generate around $10,000 in extra annual profits, which the city could spend however it sees fit.

Calabasas currently outlaws dispensaries, but a 2018 law says that cannabis can be delivered anywhere in the state, regardless of whether or not dispensaries are allowed.

The ballot question reads: “Shall the measure imposing a City of Calabasas tax of up to 10% on cannabis businesses, without changing the City’s existing prohibition on cannabis dispensaries, raising up to $10,000 each year until voters decide otherwise, with additional revenue of up to $300,000 per dispensary expected if the state or City ever allow cannabis dispensaries to operate in the City, to fund general City services, be adopted?”

Council candidates Alicia Weintraub and Dennis Washburn have expressed support for the measure, reasoning that should Calabasas ever be compelled to allow dispensaries within limits, they might as well make some money from it. 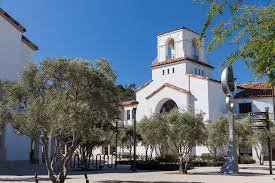