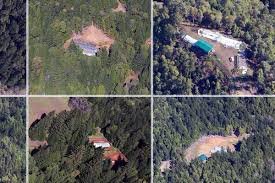 The most disappointing thing about thsi story is the fact that we have now seen regular articles and posts on the issue for at least the last 18 months and it appears that organisations such as the Hoopa Valley Tribal Environmental Protection Agency are being ignored and bypassed because of the lure of the mighty dollar. Proof that the cannabis industry might as well be the fracking or mining indistry when it comes down to brass tacks. All praise goes to those who patiently highlight the issues time after time. We’re hoping that cannabis growers might at some point realise that resources aren’t infinite. Then again they might just not care.

Weed and water woes in the legendary Emerald Triangle

The boulders and logs placed to create salmon and trout habitat lie bare under the sun.

Norton, director of the Hoopa Valley Tribal Environmental Protection Agency and a member of the tribe, is worried about the stream’s future. Under California’s new cannabis regulatory system, 266 marijuana farmers are applying for permits to grow on the Hoopa Valley Tribe’s traditional lands—some of which are now privately held and lie outside reservation boundaries.

More than 20 of the grows are in Supply Creek’s steep headwaters. After years of habitat restoration work, Norton is concerned that cannabis farms may lower flows and kill off young fish.

“From the tribe’s perspective, within our aboriginal territory, there are 266 applications, and the county takes each of these applications individually,” Norton told EHN. “They do not look at the cumulative impact on the area.”

Salmon and trout have traditionally been a staple food for the Hoopa and other northwestern California tribes. Coho, chinook and steelhead populations are now at a fraction of their numbers before white settlement.

During the region’s timber boom, which began soon after white settlement in the 1850s and began to fade in the 1960s, clear-cutting and logging road construction caused the loss of salmon and trout breeding and rearing habitats in the streams of the Emerald Triangle— the pot aficionado’s name for Humboldt, Mendocino and Trinity Counties, now famous for producing high quality cannabis rather than fish. In recent years, marijuana farmers in some watersheds have diverted so much water that long stretches of streams have run dry.

The environmental impacts of industrial cannabis farming in the Emerald Triangle are unique. In Colorado, the first state to legalize recreational marijuana, the vast majority of legal cannabis farmers grow indoors in the Denver area, using the metropolitan water supply and wastewater system.

In Washington state, growers have set up on traditional agricultural lands. In Oregon, land use laws have kept most growers out of steep timberlands where their farms might affect threatened salmon.

Today, about 60 percent of the marijuana consumed in the US is grown in California, most of it in the rugged, forested mountains of the Emerald Triangle. Clandestine marijuana farms (or grows) have existed here since the 1970s, and Norton has been aware of grow sites in and around the Hoopa Valley reservation for decades.

In the early days, these pot farms were small and scattered. But in recent years the industry has intensified. A wave of newcomers planted larger farms, using greenhouses and artificial lights to extend the growing season and yield up to three marijuana crops in a single year. The cannabis boom has polluted waters with fertilizers, fuels and pesticides, triggered erosion that buries the rocky habitats where salmon and trout spawn and grow, and drained streams of water in the dry season.

“The problems we have are not necessarily those of growing weed,” Scott Greacen, Conservation Director of Friends of the Eel River, told EHN. “But of growing weed in this place where we have both a really vulnerable physical geography and endangered salmon and steelhead to lose.”

The Eel River is vital habitat for threatened runs, and parts of the watershed, particularly the tributaries of the South Fork, are crowded with grow sites. 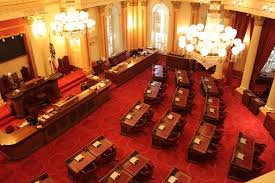 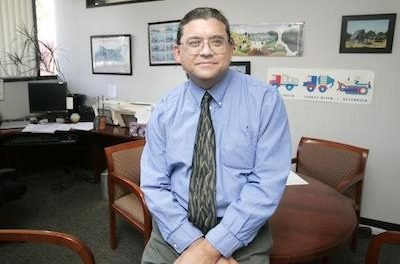