At its upcoming meeting Tuesday, the Long Beach City Council will consider the fiscal and jobs effects of reducing tax rates for some of the city’s cannabis businesses.

The council had requested back in July for city staff to analyze the effects of reducing taxes for manufacturers, distributors and testers of cannabis products, examining different scenarios based on tax rates of 1%, 2% and 3%.

Tom Modica, acting city manager, stated in a memo to the council dated for Dec. 3 that cannabis tax-rates can range from 0% to 12% by law, as approved by Long Beach voters, and currently range from 6% to 8%.

The study excludes cannabis retailers because such businesses are relatively over-represented in the city, projected to account for 71% of city revenues in 2020, or about $3.2 million, Modica notes. Companies that manufacture, test or distribute cannabis products are projected to account for only 11% of city revenue in 2020 with cultivators contributing the remaining 18%.

“In theory, reducing rates for manufacturers, distributors and testing laboratories will make Long Beach a more competitive destination for cannabis businesses, resulting in increased business locations within the city,” Modica states. “However, local tax rates are only one of many variables that businesses consider when determining where to locate. As a result, it is unclear the extent to which businesses may respond to reduced rates by increasing investment locally.”

Modica also shows that the City will still experience revenue losses based on the lower tax rates under consideration, even though reducing taxes may result in higher growth of licensed businesses.

The City currently projects a tax-revenue loss from this segment of the cannabis industry of about $223,000 at the current 6% tax rate. A “low” growth-rate of five new business licenses, for a total of 57 total new licenses, would still result in a revenue loss of about $210,000 with a 3% tax rate, Modica notes. The only projection that results in a relatively small increase of about $4,500 in revenue at the 3%-tax rate is a “high-growth” scenario of 50 additional licenses.

“In nearly every scenario, the General Fund continues to project a net-revenue loss from a reduction in cannabis tax-rates,” Modica states. “Given the slow pace of cannabis business openings, […] staff projects that reducing cannabis business license tax rates will result in an FY-20 General-Fund revenue loss of between $220,000 and $350,000, depending upon the rate selected.”

However, the jobs effect of reducing the tax rate seems to be positive as the number of businesses would grow, Modica suggests. Based on online-survey data collected by a city-hired consultant, city staff projects an increase in the number of jobs if taxes were to decrease and more businesses open.

Overall, Modica suggests that the council will have to weigh potentially higher revenue losses impacting the city’s General Fund against the hope of new jobs created by lowering taxes for cannabis manufacturers, testers and distributors.

He further notes that while the City’s 2020 fiscal-year budget is balanced, it is projecting deficits in 2021 and 2022.

“However, if the intent is to increase employment in this sector of the city’s economy,” Modica notes, “it is a policy call for the City Council as to whether the increase in potential employment has a higher priority than the loss of revenue.” 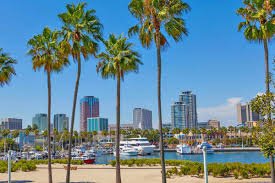