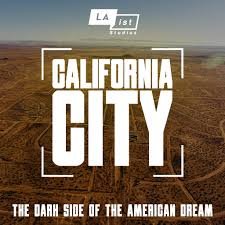 —  A move to reduce the number of cannabis dispensary permits available failed at the July 14 California City council meeting in a 2-2 vote. Reports Mojave Desert News..

The item would have amended the city ordinance to reduce the current available number of permits for delivery-only cannabis dispensaries from 10 to four, while maintaining the current level of storefront dispensaries at two.

Due to the split vote, the amendment failed. Most motions require a majority vote. The vote follows direction and a similar vote carried over from the April 28 council meeting.

The item drew a long discussion and a litany of calls from the public, as well as a complaint from Bakersfield attorney Philip Ganong.

“We have a concern about the dispeartate effect this reduction in cannabis delivery (permits) will have,” Ganong told the council.

Ganong added it makes no financial sense to reduce the number of permits available.

“By reducing it, you’re cutting into your tax dollars, reducing service to the consumer and reduce price points for consumers, which will reduce sales to consumers,” Ganong said.

He said two of those delivery companies include Quality Care Cannabis and Cali Cannabis Care, whom he represents. The two businesses have permits for manufacturing and cultivation, but lack the delivery permit, despite being ranked high on a list of approved delivery-only candidates.

Ganong said the city has refused to accept payments from his clients, which he said rank Numbers 2 and 4 on the list of applicants who qualified for permits last year.

California voters legalized in 2016 approved Prop. 64, which legalized the recreational use and commercial sale and cultivation of marijuana. The new law also allowed local governments the ability to decide whether commercial sales were allowed. Cal City and Arvin are the only two local governments in Kern County to do so; Bakersfield and Kern County have had multiple ballot measures over the past two years that voters rejected.

Ganong said he cannot understand why Quality Care and Cali Cannabis “are being treated differently from other businesses.” He added both businesses have already received state permits from the California Bureau of Cannabis Control and have their occupancy certificates from the city’s building department.

“These businesses have had paperwork pending with the city for over 16 months and actually broke ground over raw land and built up complexes,” Ganog said. “They’ve invested $1.2 million in this city’s infrastructure when building these buildings.”

He said other dispensaries violate rules by not having occupancy certificates or are operating, such as Bud Tech and Atil Farms, “which is still under construction.” Mayor McGuire countered that Atil Farms does not currently have a permit.

Ganong said the proposed reduction gives “the appearance of a pay-to-play environment or that there is corruption involved.”

“You are creating an artificially restrictive market, a monopoly,” he said. “The more competition you have, the fresher the talent you have come in. The people who cannot run a business will leave and new people will come in.”

He said the “artificial market” creates the perception of corruption with money exchanged under the table or by currying favor “with certain councilmembers.”

Councilmember Ron Smith said he’s never been in a position to assist others with permits, instead citing the city has an ordinance that outlines permit requirements. Voters instead approved the tax rates that were placed on the Cal City cannabis industry.

Mayor Pro Tem Parris took “offense to the appearance of pay-to-play and accusation of corruption.”

“Our issue right now is that no one is paying the right amount of taxes, nobody is listening to or reading our ordinances … they do whatever they want,” Parris said. “Your clients failed to pay in a timely fashion and failed to get up and running within a year.”

The city ordinance requires that cannabis dispensaries must be operational four months prior to permits being renewed or risk having a renewal denied.

Ganong countered that he wasn’t accusing anyone of pay-to-play, but businesses in town are in “flagrant disregard of the law” by selling products without permits at the expense of by-the-book operations. He said one example was the gun store on California City Boulevard, alleging that it also sold cannabis products.

Several residents called in urging the council to keep number of available permits at its current level. Some, including Karen Hamilton, questioned the council’s decision.

“Why are you guys going back on your word when a promise was made and a promise is being reneged?,” Hamilton asked. “You’re crushing a lot of people who have invested a lot of money for quite a while.”

Resident Bruce Yokley said the decision to reduce the number of permits could hamper current and future jobs in California City.

“It’s not just the cannabis industry, it’s all the workers that go into building this,” Yokley said. “It’s just ridiculous to take away that many jobs from a small town.”

Anthony Espindola, part of Cali Cannabis Care, echoed Yokley’s concern, asking how it makes sense to cut jobs “when America is the highest record of unemployment in the history of America.”

“These are jobs we can provide tomorrow, not a week or a month from now,” Espindola said. “Tax revenue can be generated from tomorrow. You’re taking away from kids’ future, taking away from parks, which you guys cut already.” 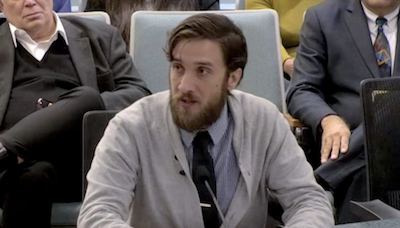 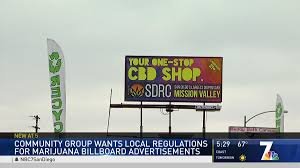 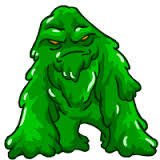