Authorities in Southern California seized over $1 million in various dangerous narcotics and arrested a 42-year-old man in connection with the bust. Reports ndt.com

The Kern County Sheriff’s Office announced the discovery in a statement on Tuesday after a team of narcotics detectives from the force executed a search warrant on Jan. 7 at an Oildale residence—a town located about three miles northwest of Bakersfield.

David Jackson and his two juvenile children were present at the residence located on E. McCord Avenue when investigators executed the warrant. He has been accused of operating a DMT (dimethyltryptamine) extraction lab and being involved in narcotics sales. 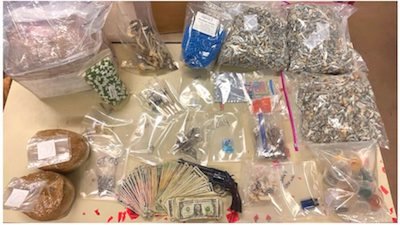