Leafly Article: The Dianne Feinstein Mystery: Why Is She California’s Last Prohibitionist?

The Prop. 64 campaign spokesman called the statement “reminiscent of the ‘reefer madness’-style disinformation campaigns that subverted honest dialogue around this issue for decades.”

Feinstein’s opposition was hardly a surprise. For decades, the San Francisco Democrat has opposed nearly all forms of drug reform, from medical marijuana in the 1990s to California’s adult use measure in 2016. In recent years she’s been a key ally of Iowa’s Republican Sen. Charles Grassley, the two elder senators working together to block Congressional measures aimed at drug reform in the age of medical and adult-use legalization.

CBE Article: California Temporary Licensing: What You Need to Know

California Temporary Licensing: What You Need to Know

Los Angeles lawmakers tentatively backed a sweeping set of proposed regulations for businesses that grow, sell, process and distribute marijuana Monday, the next step toward giving cannabis the stamp of local legitimacy.

But industry groups said that recent changes to the proposed rules would force existing marijuana growers and manufacturers to shut down as they wait to get city licenses, devastating the industry and triggering layoffs.

The City won’t issue permits for recreational marijuana sales until an equity program is adopted, under legislation introduced Tuesday by Mayor Ed Lee along with Supervisor Jeff Sheehy.

But there is no deadline for the creation of the equity program, and many specifics were lacking Tuesday. 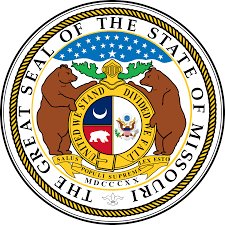