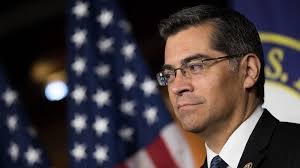 The state this week intervened in a new court battle over home delivery of cannabis in communities that have banned or restricted pot shops.

Many cities in the area, including Cerritos, have banned pot shops.

The state filed a motion on behalf of the California Bureau of Cannabis to join a lawsuit against Santa Cruz county, which has banned deliveries by companies it has not licensed.

In Fresno, cities are fighting the state contending that state law allows them to decide whether organizations can sell cannabis in their communities.

In January of this year, the Bureau of Cannabis issued regulations that permits firms the state licenses to deliver marijuana anywhere in the state, including in cities that have banned pot shops.

Many counter-argue that under proposition 64, which was passed in 2016, to legalize marijuana for recreational use, “the state promised the people of California local control over cannabis operations.”

The same people say that the state is trying to sidestep the Fresno court case by going to Santa Cruz County where residents are more in favor of pot shops.

Proposition 64 gave cities and counties the power to ban pot shops in their cities, ¾ of California cities have done that.

Local elected officials have banned marijuana sales in their communities out of public safety concerns saying that pot shops attract robbers and encourage other criminal activities.

In his filing,  Attorney General Xavier Becerra argued that the state has acted properly in deciding where marijuana can be sold and delivered.

He argued that if the state were not allowed to regulate cannabis, it would bring substantial harm to the state.

Charter counties and general law cities are granted specific power by the state when not in conflict with state laws.

Charter cities, like Cerritos, are granted plenary (unlimited) powers except as to those that have been preempted by the State.

Courts must look to the test for preemption set forth in a California Supreme court case called in re Hubbard.

The courts examine if there is an adverse effect of the local ordinance on “transient” citizens of the state that outweighs the possible benefit to the city, in this case banning pot shops.

The question is, “do cities banning pot shops have an affect on someone who is living here for thirty days? If the ban has an effect, then state law preempts local law.

The case could apply to a transient who visits cities for a few days and wants to have pot delivered to his/her residence.

The court has set a January 2 hearing to decide whether to allow the state to intervene. 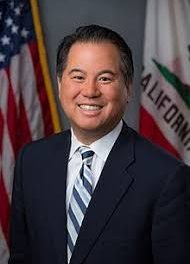