Health and Safety Code section 11362.775, provides that it shall remain in effect only until one year after the Bureau of Cannabis Control posts a notice on its Internet Web site that the state licensing authorities have commenced issuing licenses pursuant to the Medicinal and Adult-Use Cannabis Regulation and Safety Act. (Division 10 (commencing with Section 26000) of the Business and Professions Code.)

Licensing authorities, the Bureau of Cannabis Control, the Department of Public Health, and the Department of Food and Agricultural, have commenced issuing licenses pursuant to the Medicinal and Adult-Use Cannabis Regulation and Safety Act (MAUCRSA). Health and Safety Code section 11362.775 shall be repealed one year from the date of this Notice.

SACRAMENTO – The Bureau of Cannabis Control (Bureau) today announced that the Cannabis Advisory Committee will hold its first meeting of the year on Thursday, January 18, in Sacramento.

The Meeting Notice and Agenda can be found here: http://bcc.ca.gov/about_us/committee. Meeting materials will also be posted on the Bureau’s website as they become available.

For additional information about the Cannabis Advisory Committee, or to subscribe to email alerts to hear about updates as they become available, please visit our website at http://www.bcc.ca.gov/.

Extract: SACRAMENTO (CBS13) – Local pot shops are preparing for a crackdown on federal drug agents despite the legalization of recreational marijuana.

But state lawmakers are fighting to protect the industry’s rights. One Democratic assemblyman wants to make California a sanctuary state for pot which means federal authorities would need a court order to bust a dispensary or marijuana grow.

With cannabis now be legal in California, business at River City Phoenix is at an all-time high.

But Matt Z-berg fears federal drug agents could still come into his thriving Sacramento shop and take it all away.

“Any day they could come to your front door and close everything down,” he said.

And U.S. Attorney General Jeff Sessions is threatening to do just that. Last week, Sessions rescinded an Obama-era policy allowing marijuana to be sold without federal prosecution.

California Assemblyman Reggie Jones-Sawyer (D-Los Angeles) is determined to stop the feds with a sanctuary-pot bill.

“Local law enforcement should not waste their resources on going into legal state and local cannabis establishments,” said Jones-Sawyer.

The judicial order prohibits the defendants from violating West Sacramento and Yolo County cannabis laws and other related unlawful conduct. The DA’s Office moved for the injunction against the illegal cannabis growers and the landlords who harbored their operation.

Extract:  Yolo County District Attorney Jeff Reisig that a preliminary injunction has been issued by Yolo County Superior Court Judge Sonia Cortés against multiple defendants, including the landlord of a warehouse in West Sacramento, for illegal cannabis cultivation.

“This is one of many cannabis related investigations and prosecutions now under way,” according to a statement from the DA’s Office on the Jan. 4 action. “The judicial order prohibits the defendants from violating West Sacramento and Yolo County cannabis laws and other related unlawful conduct. The District Attorney moved for the injunction against the illegal cannabis growers and the landlords who harbored their operation.” 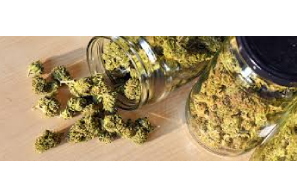