Check out these additional resources from our blog, your source for Cannabis business info:

Protecting the state’s burgeoning cannabis industry is the latest front in California’s war with the Trump administration, as state officials work to make California a so-called “sanctuary state” for the marijuana industry.

Assemblyman Reggie Jones-Sawyer, a Democrat who represents part of Los Angeles, is determined to protect the burgeoning billion-dollar marijuana industry in the state from federal prosecution by reviving a bill that stalled in the Senate in June after passing in the Assembly.

Extract: In a nod to the recent legalization and regulation of a recreational market, California’s secretary of state is accepting applications for marijuana-related trademarks

Sam Mahood, a spokesman for Secretary of State Alex Padilla, confirmed that with last year’s passage of legislation creating the framework for legal medicinal and recreational sales and adoption of emergency operating regulations, “the secretary of state’s office made the determination to register cannabis trademarks and service marks that are lawfully in commerce under California law.”

With California’s cannabis market now in full effect, the Humboldt County Board of Supervisors is proposing to create new public advisory body to help guide the county through the new era of regulation.

Planning and Building Director John Ford, whose department oversees cannabis permitting in the county, raised the idea of potentially creating an advisory committee made up of regulators and industry stakeholders to advise on the evolution of the industry.

“I think the market and the business and the industry is going to transform maybe faster than anybody could have envisioned now that the state regulations are out,” Ford said to the board on Tuesday.

The board voted unanimously Tuesday morning to disband its medical marijuana ad hoc committee and form a new ad hoc committee that will be tasked with determining what the new advisory committee’s makeup and function would be. 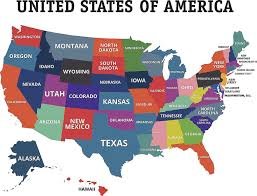