For more than 20 years, Joe Airone has been delivering free cannabis to low-income, terminally ill patients in the Bay Area. California’s 1996 medical marijuana law allowed groups like Airone’s Sweetleaf Collective to distribute cannabis to patients for personal medical use. Over the years, Airone says, he’d usually deliver cannabis by bike, six ounces to a patient, up and down the rolling hills of San Francisco.

Dozens of other collectives in California did much the same, providing medicine to the needy—until this year.

The regulatory scheme born out of Prop. 64, which went into effect Jan. 1, 2018, doesn’t have a place for nonprofit collectives like Sweetleaf. Each transaction that Airone completes—each delivery to an ill patient—is seen in the same light as a formal sale of cannabis at a licensed dispensary. More to the point, each transaction that Airone completes is taxed in the same way as a cannabis sale anywhere else in the state.

Airone’s organization could face upward of $200,000 in taxes, he says, on the cannabis he’d planned to give away this year. That’s based on state and local retail tax estimates.

Last year, Sweetleaf Collective gave away more than 100 lbs. of cannabis to about 150 patients. As of August this year, Airone’s organization has given away somewhere between 10 to 15 lbs. of cannabis; Sweetleaf is simply unable to bear any further tax liability.

He and the other compassionate collectives in California are finding a ray of hope, though, in SB 829, introduced by State Sen. Scott Weiner (D-San Francisco). As Weiner explains on his website: The bill “exempts compassionate care programs from paying state cannabis taxes when they are providing free medical cannabis to financially disadvantaged people living with serious health conditions.”

The bill, as currently written, would extend a compassionate licensee tax exemption to 2024 and would allow Airone to get back to doing what he needs to do.

The bill was referred to the Senate Appropriations Committee on July 3, where it has remained (as of Aug. 9). If the bill is not forwarded to a floor vote by the end of the legislative session on Aug. 31, it will essentially die. Because the bill is tax-related, it will require super-majority vote to advance to the governor’s desk: a full two-thirds of the legislature voting in assent.

The newly created NAIC Cannabis Insurance Working Group will consider the insurance regulatory issues surrounding the legalized cannabis business from seed to sale, including availability and scope of coverage, workers compensation issues, and consumer information and protection. The working group will also develop a white paper outlining the issues and make recommendations for the development of regulatory guidance as appropriate.

The Bureau of Cannabis Control (Bureau) today announced that the Cannabis Advisory Committee will hold its next meeting on Monday, August 20 in Sacramento.

The Meeting Notice and Agenda and meeting materials have been posted to the Bureau’s website and can be found here: http://bcc.ca.gov/about_us/committee_meetings.html.

For additional information about the Cannabis Advisory Committee, or to subscribe to email alerts to hear about updates as they become available, please visit the Bureau’s website at http://www.bcc.ca.gov/. For information on all three state licensing authorities, please visit the state’s California Cannabis Portal at https://cannabis.ca.gov/. Follow the Bureau on Facebook, Twitter and Instagram for daily news and updates.

Those looking to get in touch with the Bureau of Cannabis Control can reach our Call Center at (833) 768-5880, or send an email to bcc@dca.ca.gov.

Title: Up in smoke: New rules prompt re-examination of pot on Catalina

New regulations proposed by the state’s relatively new Bureau of Cannabis Control have prompted a discussion of Catalina’s existing rules governing the delivery of medical marijuana.

The state proposal prompted a lively discussion at Tuesday’s council meeting and sent much of the city’s earlier work on cannabis regulation up in smoke.

Catalina officials were surprised by a new directive by the state agency that governs marijuana in the state because the new rules would prohibit the transport of pot “by aircraft, watercraft, rail, drone, human powered or unmanned vehicle.”

The new rules would also seem to limit the ability of city officials to regulate deliveries into the city, although the mash up of federal and state laws and regulations left many unanswered questions and no solid answers for the questions that are clear.

Federal law already prohibits the carriage of pot across the channel in federal waters and if the new state regulations go into effect, it is unclear how medical or recreational marijuana could legally be delivered to the island.

The Sacramento City Council unanimously passed a resolution yesterday to implement the Cannabis Opportunity, Reinvestment, and Equity Program (CORE), which is designed to reduce barriers to entry into the cannabis industry for individuals who have been disproportionately affected by the war on drugs. CORE will provide mentoring and support in areas such as business plan development, fiscal management, and criminal record expungement. Participants will also qualify for business permits at no cost.

A total of 36 members of the public made comments at the meeting. Only one person, Michael Voy, spoke in opposition to the CORE program, arguing that it further involves people of color in a dangerous industry. “The CORE Program is the most racist thing this council has ever considered,” said Voy. “We talk in all these rosy terms about what cannabis does. There’s a dark side to cannabis,” he said. “People of color are sucked into distributing the poison and the sickness, as well as white people.”

CORE supporter Betty Williams, President of Greater Sacramento NAACP, addressed Voy’s comments in her statement to the council. “I believe the biggest racism or discrimination was the war on drugs that impacted the communities that were consistently being arrested,” Williams said. “Today you have the opportunity to turn that around and to actually vote yes, and to create a model for the rest of the world, not just Sacramento.”

In order to design the program, the Sacramento City Council commissioned the Cannabis Equity Study, which was “intended to determine if and which demographic groups have been arrested at a disproportionate rate to their population within the City of Sacramento.” The study found that Black and African American residents were arrested most frequently and at a disproportionate rate to their city population. According to federal research cited in the Cannabis Equity study, people who have been incarcerated earn 10 to 40 percent less than those without criminal records.

State law doesn’t mandate or establish equity programs, though individual jurisdictions, such as Los Angeles, Oakland and San Francisco, have implemented their own. In February, Senator Steven Bradford introduced a bill called “Cannabis: state and local equity programs” which would require the state to waive licensing fees and offer grants to local jurisdictions with equity programs. The bill is currently in the Appropriations Committee.

In an email to Cannabis Wire, Alex Traverso, Chief of Communications for the California Bureau of Cannabis Control, said launching a state social equity program would be challenging. “Since local governments have control over what they do, the state has been reluctant to put forth a program that could impinge upon what local governments opt for in their ordinances,” Traverso wrote.

At the end of the meeting, Sacramento Mayor Darrell Steinberg celebrated the vote. “This shows what we can do when we really work together,” Steinberg said. “This is a model, in my view, for how to invest in small business around the concept of inclusive economic development.” Steinberg then encouraged the council to consider similar programs in other industries.

Sonoma County supervisors Tuesday advanced revisions to rules governing cannabis businesses and farms outside city limits that would include allowing recreational sales at dispensaries and limiting most cultivation sites to properties 10 acres or larger.

The Board of Supervisors rejected two proposals aimed at addressing an increasingly contentious debate over where outdoor growing should occur in Sonoma County. One would have allowed neighborhood groups to lobby supervisors to ban cultivation in their areas on a case-by-case basis. The other would have enabled cultivators to appeal to the board to allow cultivation in an area where it’s currently prohibited.

Instead, the board opted to balance the interests of the two competing interests — marijuana farmers and anti-pot neighborhood groups — by signaling support for a more thorough permitting process for smaller pot farms, which are more likely to prompt concerns from neighbors than larger ones, according to county officials.

Report: Trends in cannabis use and attitudes towards legalization and use among Australians from 2001‐2016: An age‐period‐cohort analysis 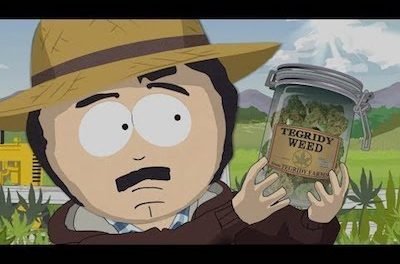