Extract: California’s Senator Feinstein has worked in Washington, D.C. for decades to defeat pro-cannabis policies. Is her time up, now that California has legalized adult-use cannabis?

Title:  Cannabis rules in California: Are some cities trying to regulate away Prop 64? (Part 2 of 3 part report)

One in seven California cities requires residents to get a permit to grow marijuana at home for their personal use.

To get that permit, some of those same cities want residents to submit to background checks and in-home police inspections. Other cities want personal-use cannabis growers to submit notarized forms and scaled site plan drawings. Some charge permit fees that can run up to $1,420.

All of these city rules are being imposed upon citizens who, under California’s Proposition 64, have as much right to grow cannabis for personal use as they do to make their own beer.

Though Prop. 64 legalized recreational marijuana in California, it also gave cities and counties broad authority to implement the law within their jurisdictions.

Extract:  Turn off Highway 101 in the Salinas Valley. Look for the clusters of greenhouses protected by fences with razor wire, security cameras and guards. There you will find some of the largest marijuana grows in the state.

Inside, removable curtains are used to periodically block sunlight and trick the plants into flowering sooner than normal. Fabric tunnels send in cool air, while rubber tubes deliver water and other nutrients to the marijuana.

The Carpinteria City Council on Monday night voted to extend its moratorium on commercial cannabis activities for another year, banning cultivation, processing, delivery, sales and other recreational marijuana operations within city limits.

Carpinteria first passed an urgency ordinance creating a moratorium on commercial cannabis activities on May 8, 2017, and the City Council has voted to extend it numerous times since then.

The ordinance was passed in response to Proposition 64, which legalized non-medical marijuana operations in California, and the moratorium gives city staff time to develop its own cannabis regulations, senior planner Nick Bobroff said.

Monday night’s unanimous City Council vote was to extend the moratorium through May 8, 2019.

Title:  Riverside County is considering these rules for cannabis in unincorporated areas

Commercial cannabis would not be allowed in residential areas and there would be limits on cultivation and what goes on inside marijuana retail shops under a set of rules proposed for Riverside County’s unincorporated communities.

The suggested regulations, developed over the past year by county staff and discussed last month at a Board of Supervisors workshop, are not final and will be publicly reviewed by the county Planning Commission as early as next month before eventually going back to supervisors for approval.

A specific date for the commission to discuss the rules has not been scheduled “and there have been no substantive changes to what the board discussed” March 20, said county spokesman Ray Smith.

“The draft regulations did not cover every aspects in-depth, so a proposed ordinance might introduce details that were not specifically part of the discussion,” he said.

The extent to which marijuana commerce should be allowed in unincorporated areas has been a question for the five supervisors since California voters in 2016 approved Proposition 64, which legalized recreational marijuana.

Adults can have possess and use limited amounts of the drug in their homes, but cities and counties have the authority to allow or ban marijuana-related businesses in their jurisdictions. Fewer than one in three California cities allow marijuana commerce and just 18 of 58 counties allow cannabis ventures in unincorporated areas, according to The Cannifornian’s database that tracks and compiles information on local cannabis regulations.

County government makes land-use rules in areas that aren’t formally part of a city, and a ban remains in place on marijuana cultivation in unincorporated communities, save for what’s allowed under Prop. 64. There’s also a limited exemption for medical marijuana patients and their caregivers.

Highly anticipated regulations to license Santa Cruz County pot producers for the new commercial market are headed toward a likely vote before the end of April.

The proposed ordinance that would restrict where, and how, cannabis growers and manufacturers may operate in the unincorporated county came back to the Santa Cruz County Board of Supervisors for consideration during a special meeting Monday morning.

Legal in California since Jan. 1, regulations for commercial cannabis cultivation are already in effect in the cities of Watsonville and Santa Cruz, and at least 12 counties statewide including nearby Monterey.

The county supervisors signed off on many of the changes recommended by county planning commissioners who sifted through the draft regulations, and a mountain of public input, during meetings in February and March.

Among them, the county leaders voted to include a “cottage license” category in the ordinance that would allow rural residents to continue to operate relatively small-scale pot grows on properties 2.5 acres and larger that meet other requirements. The vote to include the less restrictive licenses for small-time growers was met with applause by the pro-pot contingent of the audience.

Board members signaled they intend to find ways to shield concerned neighbors from cannabis operations without stifling the emerging industry’s hold in Sonoma County. The direction came during a five-hour hearing before a standing-room-only crowd, the first full discussion about the county’s cannabis ordinance since it was enacted more than a year ago.

About 200 people showed up to the study session with supervisors, filling the seats, aisles and hallway. Pro-cannabis supporters wore green hats that read “Support local farmers.” Neighbors opposed to marijuana cultivation wore red hats with the slogan “Save our Sonoma neighborhoods.”

Supervisors made no decisions during the study session about the county’s cannabis ordinance, enacted in December 2016, but they directed staff to look into areas where the rules can be changed. 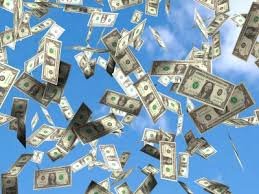 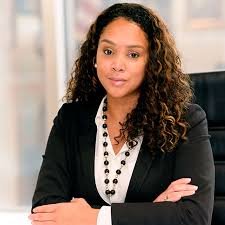