Sen. Scott Wiener (D) had made clear that he would be working the legislation and introducing it again for 2023. He did that on Friday, filing a revised psychedelics reform bill that his office officially announced on Monday.

The measure would legalize the “possession, preparation, obtaining, transfer, as specified, or transportation of” specific amounts of psilocybin, psilocyn, DMT, ibogaine and mescaline for personal or facilitated use. Notably, “synthetic” psychedelics like LSD and MDMA would not be legalized, unlike the provisions of the previous version of Wiener’s legislation.

SB 58 is backed by a coalition of veterans & others committed to reform.

It would also repeal state law prohibiting “any spores or mycelium capable of producing mushrooms or other material which contain psilocybin or psilocyn.” The state ban on drug paraphernalia for the covered substances would also be repealed under the legislation.

“This is not controversial among regular people,” Wiener told Marijuana Moment in a phone interview on Monday. “People understand that psychedelics are not causing problems—and they are, in fact, helping people and so it’s time to stop criminalizing them.” 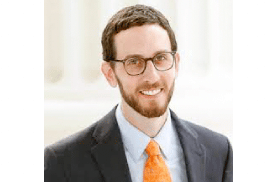