Canada’s largest publicly traded producer of medical marijuana is making the case for the quality of weed made by large-scale manufacturers compared to homegrown bud.

The difference is the same as drinking homebrew versus a good bottle of wine, Bruce Linton, chairman and CEO of Canopy Growth Corp. (TSXV:CGC), said Thursday during a call with analysts.

“No, no, no — quality and consistency doesn’t happen without chemicals unless you’re running a proper facility.”

Linton added that the Smith Falls, Ont., company — which operates Bedrocan Canada Inc. and Tweed Marijuana Inc. — is unfazed by Wednesday’s court ruling that permits about 28,000 patients to continue to grow pot at home.

Federal Court Judge Michael Phelan struck down a law introduced by the former Conservative government that required patients to buy cannabis through the mail from licensed producers, ruling it was an arbitrary and overly broad violation of charter rights.

Instead, Linton said, allowing patients to continue to grow their own weed will be “good advertising” for his company once they realize that Canopy’s product is far superior.

“We’ve never been fussed,” said Linton, adding that he doesn’t think the decision will “materially impact” his company’s business.

Canopy, which currently produces medical marijuana via Bedrocan, says it’s also ramping up preparations to supply marijuana to recreational users when the laws change, something it expects to happen soon.

The company is anticipating impending revisions from the federal Liberal government on what types of medical marijuana products can be sold following a ruling last year by the Supreme Court permitting medical marijuana users to legally use various forms of the drug, including oils.

On Thursday, the company was given the go-ahead to begin selling cannabis oils. The 100-ml bottles, a mix of sunflower and cannabis oils, are priced between $95 to $155.

If changes are also made to the current distribution model, which is now only open to producers, Linton said he’d fully support a “two-option system” where patients can still receive their medication in the mail but oils can be purchased elsewhere, like at a drugstore.

The Neighbourhood Pharmacy Association of Canada, a group representing some of the country’s biggest drugstores, recently said it believes pharmacies are best equipped to dispense cannabis because they already deal with controlled substances.

“I don’t want them dominating (the market), but I don’t think it would be a good idea that we didn’t have them keep reaching in and giving us more credibility,” Linton said.

In its latest quarterly results, Canopy reported exponential growth in revenue and sales volume, but the company remains unprofitable. 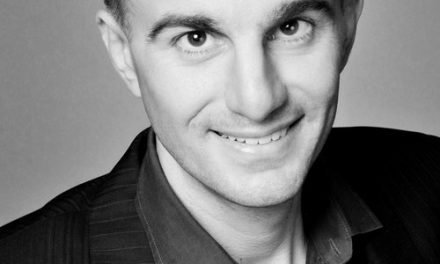