Vancouver became the first city in Canada to regulate and license medical marijuana retailers in June, 2015. However, only six percent of dispensaries that applied for a license were successful, and dozens of shops have continued operating despite repeated warnings from city officials.

City officials say that the 17 dispensaries were targeted because of “their proximity to other shops, their response to enforcement action and community feedback,” .

According to chief licensing inspector Andrea Toma, the city will eventually seek injunctions against the remaining 38 dispensaries.

On May 31, injunctions were filed to compel closure of 17 of the 55 MMRU retail businesses that have remained open after the April 29 closure deadline. These locations were prioritized based on proximity to approved MMRU development permits, community feedback, and response to enforcement actions to date. Some of these locations are the source of regular noise and nuisance complaints or have been uncooperative with our inspection staff.

We continue to inspect and ticket stores that remain open after their closure deadline. To date, 246 bylaw violation tickets have been issued. Stores that do not close voluntarily will be subject to legal action.

Ten development permits have been issued under the zoning regulations adopted in June 2015, and another 11 full development permit applications are under review.  All 21 proposals are located in permitted commercial zones and at least 300 metres away from schools, community centres, neighbourhood houses, and other zoning-compliant medical-marijuana applications.

The first business licence for a medical-marijuana related retail use was issued in mid-May 2016. The business located at 4545 West 10th Ave is licenced under the retail dealer licence category.

Three business licence applications for the compassion club business category are under review. 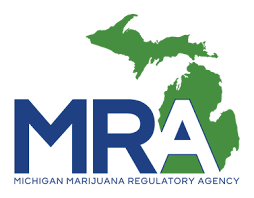